The sneezin’ season is not to be sniffed at 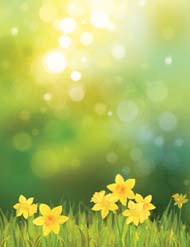 I love this time of year. Mid spring sees my garden teeming with new growth. The last of the peach blossom has dropped and the passion fruit flowers have taken their place, promising summer fruit. It’s an exciting time of year.

But, if you’re the one in five New Zealanders who suffers from some sort of allergy your feelings toward the season might not be quite so romantic.

Allergy is the most common chronic health condition in New Zealand with symptoms ranging in severity from uncomfortable itching, rash or runny nose to life-threatening anaphylaxis – affecting multiple bodily functions including breathing and/or blood pressure.

Basically, allergies are caused by the immune system overreacting to something that is otherwise harmless to most people.

They are triggered by all manner of things, including dust mites, pollen, animal hair, foods, drugs and insect stings.

A campaign of great importance

The campaign runs from 1 September to 1 December and each month is themed with its own allergy type, starting with hay fever, then eczema and, finally, food allergies.

As part of the promotion, Allergy New Zealand is encouraging people to hold ‘Inside Out Picnics’ to bring some fun back into spring which, they say, can be a time where the lives of hay fever sufferers turn inside out.

The aim of the Allergy Season campaign is to ‘promote awareness of the increasing burden of allergies’ which includes a loss of around $5 billion a year in income, medical care and life quality, a media release from the charity says.

I know it can seem like every second week is dedicated to some worthy cause or medical condition but Allergy Season is arguably one of the most important. I’d go as far as saying it’s a matter of life (quality) and death.

The number of Kiwis suffering from allergies is on the rise. In a recent Radio New Zealand interview, Auckland immunologist Andrew Baker explains inhalant allergies, such as allergic rhinitis (hay fever) or asthma, have been creeping up over the past 50 years, in the past 10 anaphylaxis has doubled and, even more alarming, food allergy anaphylaxis has risen by five times.

Also, children are increasingly affected, with one in 10 diagnosed before the age of two.

Allergy New Zealand estimates up to a million New Zealanders are affected by allergies, with at least a quarter of them seriously.

Given the numbers and how long incidence has been increasing, it might surprise you to know appropriate allergy diagnosis and treatment is something a large proportion of sufferers go without.

In an overstretched health system, allergy services have not been a top funding priority. This is despite ongoing lobbying by Allergy New Zealand, including a submission back in 2008 to all the District Health Boards and the Ministry of Health outlining the growing seriousness of the situation.

There are, according to Dr Baker and Allergy New Zealand chief executive Mark Dixon, only 10 qualified allergy specialists in New Zealand – eight in Auckland, one in Wellington and one for the whole of the South Island.

Dr Baker told Radio New Zealand it can take as long as six weeks after suffering anaphylactic shock for a patient to be seen by an immunologist or specialist in Auckland.

Picture you or someone you love having a life-threatening allergic reaction to something and not knowing for sure what caused it or how best to manage the allergy for six weeks!

Even worse, imagine having an anaphylactic reaction in the South Island.

In the interview, Dr Baker confirmed people have died due to inadequate services for treating serious allergies.

But that’s the extreme end of the scale. For many with allergies, quality of life is the biggest issue.

There are people who are living with allergies who don’t know exactly what they’re allergic to, how to avoid exposure and how to bring their condition under control, Dr Baker says in a media release.

And many allergy sufferers are unaware of, or don’t have access to, effective treatments, such as immunotherapy (desensitisation) – where a patient is gradually exposed to their allergen in a controlled hospital setting.

The high cost of medicine

And then there’s the question of treatment affordability. If you are aware you are at risk of anaphylaxis you are meant to carry adrenaline with you and some way of getting it into yourself, such as a needle and syringe or an auto-injector.

Without this life-saving medicine, life can be extremely restricted for severe allergy sufferers. Going to the beach or eating at a friend’s house are too risky.

The trouble is, Pharmac funds ampoules of adrenaline to be administered by needle and syringe but doesn’t subsidise auto-injectors (Allergy Today, Autumn 2014).

Can you imagine being exposed to something that can bring on a potentially fatal allergic reaction, fumbling around trying to fill a syringe from a vial, then injecting yourself? Or having the calm state of mind to effectively do that for your child?

The auto-injector available in New Zealand is EpiPen and, on average, costs $140 (Allergy Today, Autumn 2014).

While that might seem within reach, the cost builds up because the pens expire and need to be replaced every 12-15 months. People on low income are left with little choice.

The trouble with Pharmac

It’s the usual story with Pharmac, which is in the unenviable position of having to decide which medicines get funded based on criteria that are a balancing act between the health needs of all New Zealanders, efficacy of the drug under submission and price.

Sometimes it seems with Pharmac the squeakiest wheel gets the oil (take the example of Herceptin funding for breast cancer treatment).

Getting the message across

And so, Allergy New Zealand’s Allergy Season is a way of making some noise, providing support and spreading awareness.

But not only that – I think it’s a way of letting all New Zealanders know the elephant in the room is trumpeting and has been repeatedly pointed out to the people who can do something about it, they’re just choosing to ignore it. 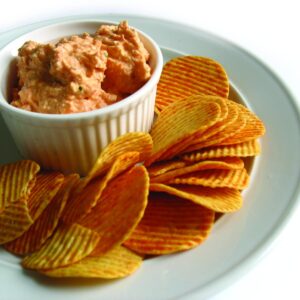 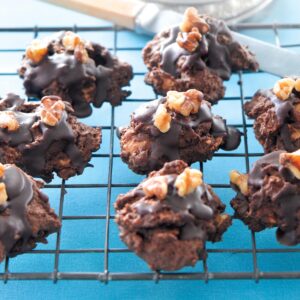