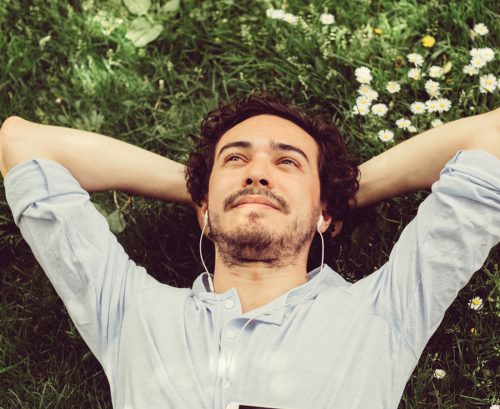 Having a positive outlook has been shown to have beneficial effects on your overall well-being. Health reporter Catherine Milford explores why that is and how to optimise your optimism.

Why is it that some people wake up every morning armed with a huge smile and an unshakeable conviction that everything will turn out brilliantly today, while others assume the coffee machine will be broken, the bus will be late and work will be terrible? Being an optimist is often considered a helpful attribute, even a character strength; and there is increasing evidence that an optimistic mindset can help protect against the effects of life’s stressors. This includes problems arising as a result of trauma and disaster, including post-traumatic stress disorder (PTSD).

While some people find it easier to foster and maintain optimism than others, cultivating a positive, more flexible attitude is something everyone can do, to a certain extent. Scientific data show the ability to create positive expectations around your present and future are important in understanding our vulnerability towards some mental health conditions, such as anxiety and mood disorders.

This is not to say a person who is already suffering from a mental health condition, such as depression or anxiety, just needs to ‘think more positively’. This approach has never had a positive effect on mental health.

Telling someone who is suffering from depression they are ‘thinking too negatively’ is harmful and alienating. However, it has been shown that being kinder to ourselves, fostering a positive mindset and reducing negative thinking while we’re healthy is a way of building an armour and resilience, making it easier to cope when life gets hard.

A 2017 study on survivors of a 2011 bombing in Oslo, Norway, which preceded a mass shooting killing 77 people at a youth camp, showed that a tendency towards optimism had both a positive and a protective effect on those suffering post-traumatic stress.

According to St John New Zealand psychologist Adele Saunders, “There is research that shows a connection between optimism and the ability to move forward. Optimism works best as a preventative treatment; the sooner we start helping to foster optimism in ourselves, the less difficult it is to adopt a helpful mindset when something significant or traumatic happens. Optimism is a hopefulness; a confidence that something positive will come your way in future. Finding meaning, even in the face of severe adversity, is a different way of engaging with the world around you.”

Ms Saunders says we can all learn how to foster optimism in ourselves to a certain degree. “Making a conscious decision to take small steps can help you start to move in a more positive direction,” she says. “Often problems arise from painful thoughts, such as ‘I’m not good enough’, or ‘everything I do turns out wrong’ – statements that reinforce the notion that life is hard. Thoughts are simply that – thoughts. They aren’t necessarily the truth. Learning how to move forward, and encouraging ourselves to be optimistic about today, tomorrow and the future, will help alleviate some of the pain.

We are all guilty of feeling bad, then feeling bad because we are feeling bad… it’s a vicious circle. Finding ways of using and practising optimism to help us through difficult situations includes teaching ourselves not to ruminate on that unhelpful thought or problem, but instead just noticing, without judgement, that that’s where your head is at, then continuing to forge ahead.”

Finding a ‘silver lining’, learning opportunity or a way to grow, even from a traumatic experience, can go a long way towards protecting yourself against some of the symptoms attributed to trauma. Speaking to Forbes magazine, brain expert and developmental molecular biologist John Medina says: “The key is to think like an optimist: when bad things happen, believe that they won’t last forever and the good will return”.

So why do ‘glass half-empty’ people struggle more than those who always see it as half-full? Dr Medina told Forbes, your cortisol levels – stress hormones – rise when you’re depressed, and when they go up, your ability to fight infectious diseases and your cardiovascular health go down. “Put all those things together and it’s almost a guarantee to live a shorter life,” he says. “The ability for you to stay optimistic produces a buffer against your probability of experiencing depression.”

So, the research indicates that cultivating a positive mindset will help you live longer, cope with trauma better and generally be happier. Easy to say – but not always easy to do.

“A reduction in anxious thinking can start by simply choosing not to focus on the problem,” Ms Saunders says. “We all have times when we’re in a negative mindset; the trick is learning to catch it and see if you can turn it around. Is there anything good in what has happened?”

While your immediate answer may be ‘no’, an optimist will find a way of flipping the coin. A nasty accident that sees you bed-bound could be a good time to write the book you always meant to write. Being witness to or a victim of a traumatic event could offer you the opportunity to learn how to help others in that situation; losing a job could be a way of widening your career options in a way you simply hadn’t thought about before.

Learning how to foster optimism was an almost impossible ask for Kiwi para-sprinter Liam Malone six years ago. The double amputee suffered a difficult childhood due to his disability. He hit a spiral of despair at 19 after the death of his mother and, a year later, a drink-drive car accident made him realise something had to change. “I was suffering severe anxiety and depression, and I wasn’t really accepting myself because I had two artificial legs,” he told GQ Magazine. “The next day the realisation of what I’d done hit me, and I decided to make serious changes.” He went on to win two gold medals at the 2016 Rio Paralympics, and is currently training for Ironman races, while working in artificial intelligence.

Mr Malone credits being able to turn his life around to having good people around him, and thinking positively, no matter what the challenge. “You need a goal to work towards,” he says. “Everyone’s battle is different. Get up and do it.”

Why Kiwis need to foster optimism

In the three-week period following the devastating terrorism attack of 15 March, mental health helplines were inundated with calls from traumatised people. New Zealand’s national mental health and addictions helpline 1737 received just under 10,000 calls and texts from people seeking support, with up to 90 per cent related to what they saw, including footage shot by the gunman.

An April 2019 review of 20 studies by Ben Beaglehole, psychiatrist and senior lecturer at the University of Otago, and Otago University colleagues found the 2010 and 2011 Canterbury earthquakes had also created widespread, but not universal, adverse effects on mental health. This included increased rates of depression and anxiety along with post-traumatic stress disorder. How to think like an optimist

At the end of each day, remember three good things that happened to you today, no matter how big or small. Write them down and describe why they happened; for example, “My son got a Merit at school today because he worked hard to improve”.

2 Make someone else feel good

Renowned American positive psychology pioneer Martin Seligman suggests identifying someone important to you, writing them a 300-word letter explaining how they’ve influenced you, and reading it to them.

Each day spend some time imagining your ideal future five years from now. Don’t hold back, daydream all the amazing details of your perfect situation.

4 Surround yourself with optimists

Optimistic people foster optimism in others, so surround yourself with people who have a positive belief system to feel more positive and empowered yourself.

5 Make time for your mind

Mindfulness isn’t about ‘zenning out’; it’s about consciously bringing your thoughts back to where you are, and grounding you. Often negative thoughts arise when we are thinking about the past, or the future. Mindfulness is about coming back to the present.

Identifying people or situations that bring you joy gives your mindset an immediate boost. Try to think of something you’re grateful to have in your life – your partner, your dog, strong legs, a good boss, a talent for sewing; whatever it is – at least a couple of times every day.

Put simply, optimism is the inclination to hope; a confidence about events in daily life. Optimists believe positive events are more stable and frequent than negative ones, and believe in their ability to avoid or prevent problems. Basically, when bad things happen, an optimist believes they won’t last forever, and good will return. In this way, optimism helps us cope with the tough times. 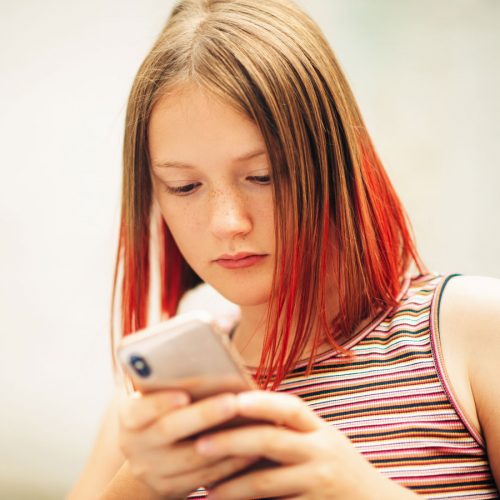 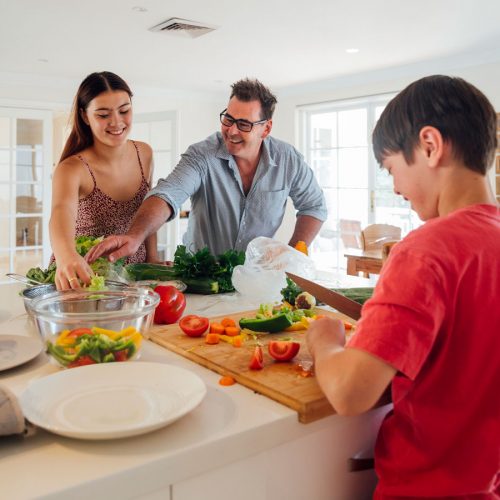 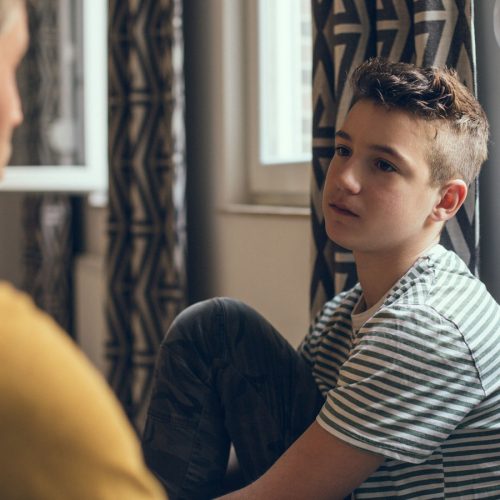 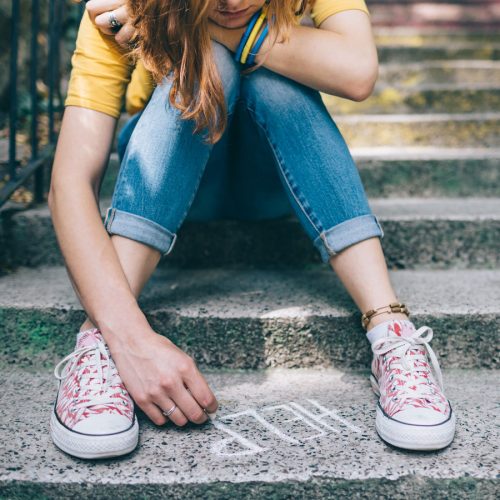 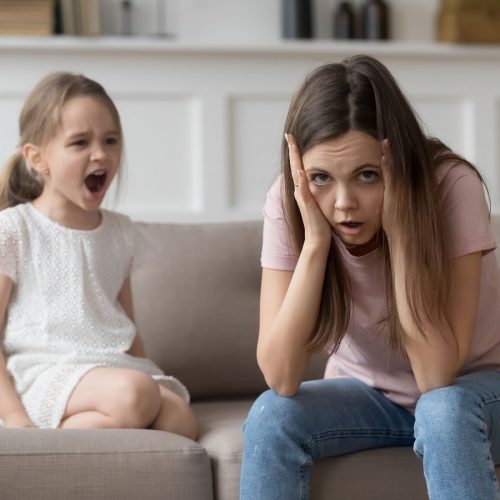 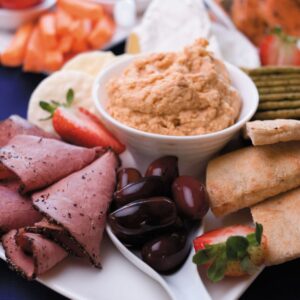 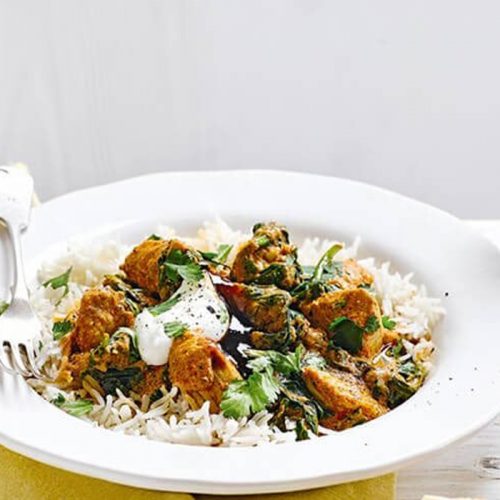