Ready to kick-start your health goals – and make your new healthy habits stick? Here’s how…

As a nation, we’re big fans of New Year’s resolutions, with four out of five Aussies making at least one every year. The trouble is, resolutions don’t always go the distance. Research reveals 23 per cent of people ditch them after just one week, 36 per cent have quit by the end of January, and only one in two New Year’s ‘resolvers’ are still going strong at the end of March.

With statistics like that, you might be wondering why we keep bothering with resolutions. Well, it’s also true that, even though the act of setting a goal or making a resolution doesn’t guarantee you’ll achieve it, having an aim to work towards can be genuinely motivating. Proof? Other research shows that people who openly set resolutions are 10 times more likely to achieve their goals than those who do not.

To raise your odds even further, we’ve researched crucial tips for success – and pitfalls to avoid – when making and keeping health resolutions.

Your health goal: Lose some weight

Trouble is: You think a ‘diet’ is the answer

While diets might work for weight loss in the short term, research shows most people gain back any weight they’ve lost, and often a fair bit more. The reason? If the food and behaviour changes a diet calls for aren’t sustainable in the long term, there’s no way the diet can deliver long-term results. Simple!

Identify a few dietary ‘stops or swaps’ you’re willing to make, while leaving alone the food behaviours you’re not willing to change just yet. At the same time, make one change to your daily physical routine to increase the number of steps you take, such as climbing a flight or two of stairs instead of using the lift. Once you’ve made those stops and swaps part of your everyday routine, add a few more small changes.

Several different studies have confirmed this approach works. One study showed that sticking to small changes you’ve settled on for at least 25 days a month is enough to produce lasting weight loss.

Three out of four of us say stress is having an impact on our physical health and wellbeing. We identify the three main stressors as money worries, family issues and just trying to maintain a healthy lifestyle.

To make it work: Change your mindset

Researchers conclude that it’s not how often you experience a stressful event that affects your health, it’s how your body reacts to those events that ultimately matters the most.

One of the best ways to help your body cope better is exercise. Multiple studies have confirmed its protective effect, showing how regular physical activity helps to keep stress levels in check in the long term. A single workout can also help to reduce stress levels immediately after a stressful event.

Your health goal: Do more exercise 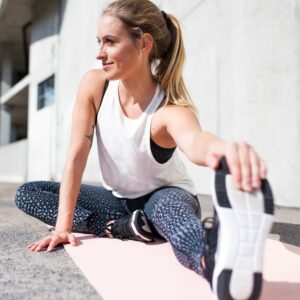 Trouble is: You lose motivation

How often have you tried to commit to doing more exercise in the past, only to start off strong and then lose motivation after a few weeks?

To make it work: Find an activity you actually enjoy

Choose exercises that make you feel happy and energised, rather than persisting with ones you think you ‘should’ be doing to lose weight, but never liked in the first place.

According to a 2017 US study, the ‘should’ exercises promote a false belief that exercise has to be ‘hard’ – and when we don’t achieve the weight-loss results we’re after, we give up. On the other hand, if you get genuine enjoyment out of an exercise, you’re much more likely to keep doing it, regardless of tangible results.

Australian researchers have identified lack of time as a barrier to cooking healthy meals from scratch. Plus, healthy food is more expensive, right?

To make it work: Take shortcuts

While a US study revealed people who spend a larger proportion of their time prepping and cooking food at home have healthier diets compared with people who don’t, cooking healthy meals doesn’t have to be time consuming.

And you don’t even need to follow healthy recipes to eat well. According to New Zealand-based researchers, a quick and effective way to bump up your vegetable intake to the recommended five serves a day is to cover half your plate with veggies at every meal. Summer salads make this easy!

As for the cost factor, a 2017 study found that a healthy diet for a family of four is actually 12 to 15 per cent cheaper than an unhealthy one.

Trouble is: You find it hard to say no

Rely purely on willpower to achieve this goal and you’re setting yourself up to fail. A survey by the American Psychological Association revealed lack of willpower was the main reason why people were unable to make healthy lifestyle changes. It’s best, therefore to use a different, proven strategy instead.

To make it work: Make a conscious effort to count your drinks

An Australian study published last year found that, among 16 different strategies, counting drinks was the only one that helped people significantly lower their alcohol consumption over time. Other techniques that were scientifically proven to work include alternating between alcoholic drinks and water, and being confident enough to turn down a drink. 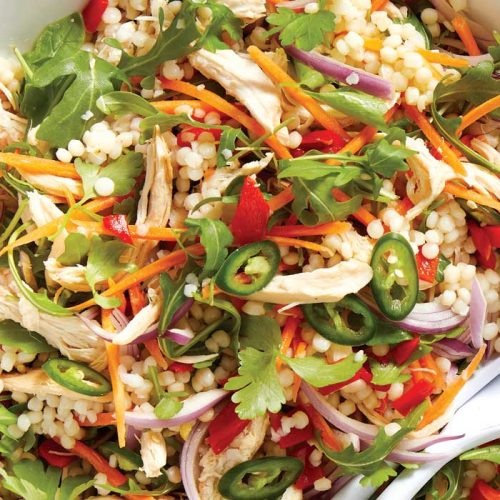 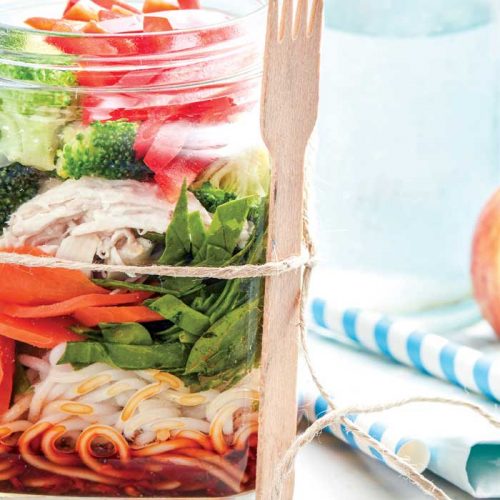 Thai chicken noodles in a jar 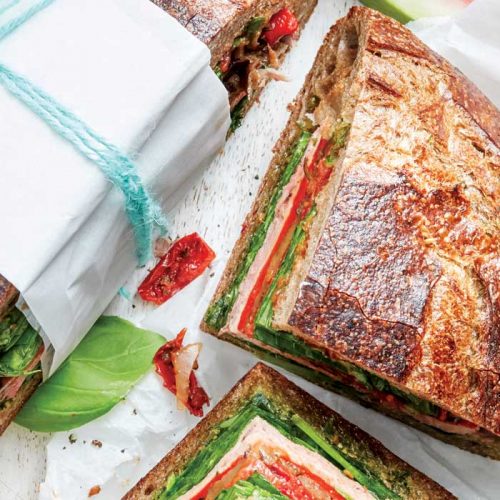