15 (other) ways to get calcium 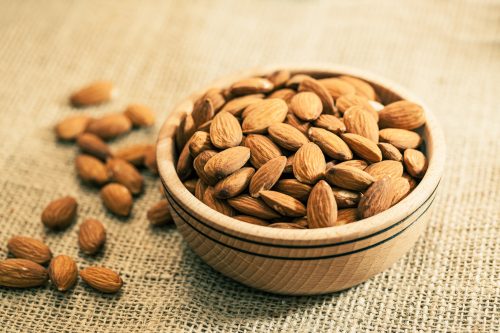 There's 325mg of calcium in a cup of 'light blue' milk. But what if you can't drink milk? Don't panic – nutritionist Lisa Yates has plenty of ways to boost bone health.

Calcium, the bone-strengthening mineral, is important at every age.

Almonds
These crunchy nuts have the highest calcium content of all the nuts. Just a quarter cup provides around 100mg calcium.
1/4 cup almonds = same calcium as 1/3 cup milk

Calcium-fortified breakfast cereals
Cereals aimed at women tend to have calcium added. One 30g serve of Kellogg's Special K, for example, will give you 200mg calcium – and that's before adding milk.
30g serve Special K = same calcium as 5/8 cup milk

Legumes
Beans, such as borlotti or haricot beans, contain small amounts of calcium so add half a cup to soups and stews and get around 60mg calcium.
1/2 cup legumes = same calcium as 1/5 cup milk

Oysters, mussels, clams
These creatures filter sea water to get their food – accumulating minerals, such as calcium, in the process. Try a dozen raw oysters for a 125mg calcium boost.
12 raw oysters = same calcium as 2/5 cup milk

Rhubarb
Just half a cup stewed of rhubarb will give you 115mg calcium.
1/2 cup stewed rhubarb = same calcium as 3/4 cup milk

Sardines
These fish are calcium-rich – only 100g (around one small tin) sardines gives you 225mg. They're a source of vitamin D, too, which helps you absorb calcium.
One small tin sardines = same calcium as 3/4 cup milk

Seaweed
Sea water contains many minerals, which is why seaweed does, too. Half a cup of raw seaweed contains 50mg calcium, so order a seaweed salad or sushi when eating Japanese.
1/2 cup raw seaweed = same calcium as 1/6 cup milk

Tofu or bean curd
Calcium is often used to thicken the soy milk used to make tofu. When you're buying tofu, look for 'calcium-precipitated' or for 'calcium sulfate' on the label. Just 100g in your next stir-fry will give you 200mg of calcium.
100g tofu = 1/2 cup milk

Treacle
Treacle is surprisingly rich in calcium: just 1 tablespoon has around 100mg, the same as one third-cup milk. Add this golden sweetener to your pancakes or other cakes.
1 tablespoon treacle = same calcium as 1/3 cup milk 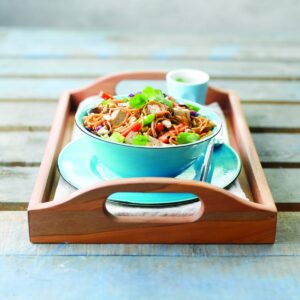 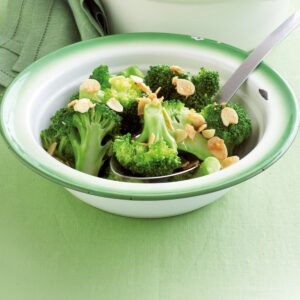 Sautéed broccoli with garlic and almonds 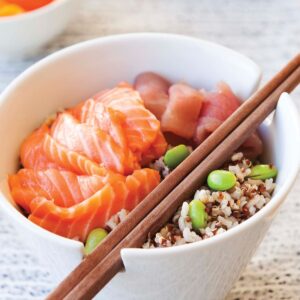