One in five Kiwis are at risk: are you one of them? 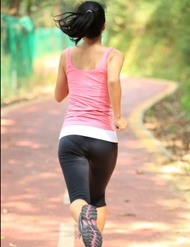 Look around next time you are in a group, on the bus or at work. Then ask yourself: am I the one in five? A scary reality we all have to face is that one in five of us has pre-diabetes – meaning we face the very real spectre of living with type 2 diabetes in the future. It’s likely a good chunk of us don’t even know we have it.

This number – which equates to over 800,000 New Zealanders – shocked even the researchers who uncovered it at the University of Otago’s Edgar National Centre for Diabetes and Obesity Research. They found an alarmingly high prevalence of a glucose metabolism disorder (diabetes or pre-diabetes) in working age groups, where almost 20% of those aged 35-44 years, more than 25% of those aged 45-54 and almost 45% of those aged 55-64 years had pre-diabetes.

This is not just an abstract bit of research. These numbers should be of major concern to all of us – not only because it’s going to significantly affect our health or the health of someone in our family – but also because we’re the ones who are going to be paying for it when the massive toll of the disease hits the health system in the future.

Type 2 diabetes – unlike type 1 diabetes which is an autoimmune disease – is generally caused by lifestyle and occurs when the insulin produced by the body does not work properly, or the body can’t produce enough insulin to maintain normal blood glucose levels. People with type 2 diabetes are two to four times more likely to develop cardiovascular disease and more than twice as likely to have a heart attack or stroke.

It can’t be ignored that as our obesity rates have soared, so too has our rate of diabetes. Obesity is one of the largest preventable causes of type 2 diabetes. Right now, a million Kiwis are officially obese, with nearly another third on the way there, classed as overweight. That’s a nation of fat, sick people we’re looking at in a few years’ time.

If you’re not overweight and feeling a bit smug right now, don’t.  It’s wrong to think of diabetes as solely a fat person’s disease. While carrying extra weight, particularly around the middle, is a significant risk factor for type 2 diabetes, genetics also play a part. This means some people who are carrying extra weight won’t develop diabetes while others who are thin, will. It’s the interaction between our genes and our lifestyle that influences the development of the disease. Those who are genetically at risk don’t fare well with our Western lifestyle. (Type 1 diabetes, which can happen to anyone, has a very different underlying cause and weight doesn’t play a part. In fact, most people with type 1 lose weight before being diagnosed).

Shocking as it may seem, there is officially no national strategy to tackle obesity or its related conditions like diabetes. So as long as that’s the case, it’s going to be up to us as individuals to make sure we’re not the one in five. So what can we do?

Obviously maintaining a healthy weight – or losing weight if you’re overweight – is a big part of the picture.  That doesn’t mean going on a crazy diet. It takes permanent change to see permanent results. Make a few tweaks, instead. Cutting back on processed foods and increasing the colourful vegetables in your life is going to make a big difference. Ideally the veges will automatically replace some of the refined carbohydrates and other fatty foods in your diet. Cutting back on alcohol is an effective weight-loss tool. And replacing animal fats with healthy fats from avocado, nuts, olive oil and oily fish is a great idea. Add in some regular exercise – start slow and build up, but keep it going – and you’ll have a fighting chance of beating the statistics. 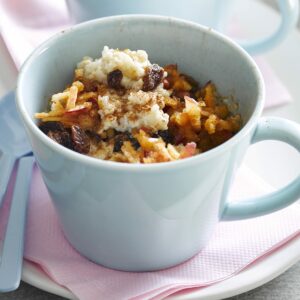 Apple oatmeal in a mug 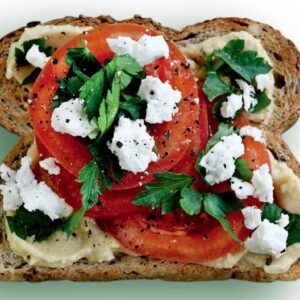 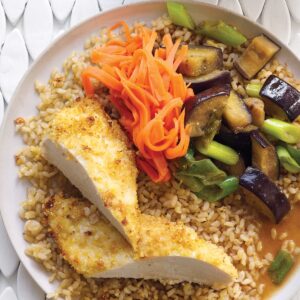