How much meat to eat to lower cancer risk 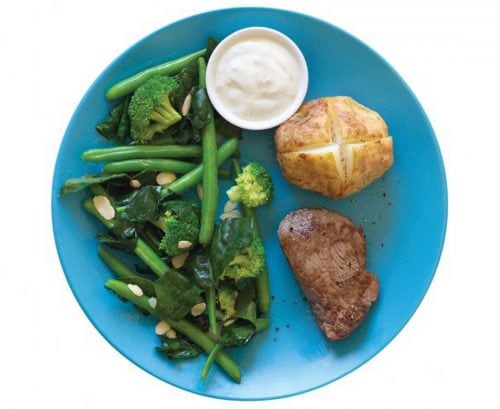 Eating meat less than five times a week may help lower your overall cancer risk, according to a new study.

The UK research into diet and cancer rates in over 470,000 adults found overall cancer risk was 2 per cent lower among those who at meat five times or less per week.

Even bigger reductions in cancer risk were seen in people who ate fish but no meat (10 per cent lower) and those who were vegetarian or vegan (14 per cent lower), compared with those who ate meat more than five times per week.

The researchers found being a moderate-meat eater was associated with a 9 per cent lower risk of colorectal cancer in men, compared with heavy meat consumers.

While post-menopausal women who were vegetarian had an 18 per cent lower risk of breast cancer than their frequent meat-eating counterparts. But, the researchers say, this may be down to vegetarian women, generally, having a lower body mass index.

The study, published in BMC Medicine, was observational so does prove causation, just an association, and it used data collected at a specific time, so may not be representative of the participants’ lifetime dietary patterns.

How much meat is healthy to eat?

Red meat is an excellent source of iron, zinc, protein, vitamin B12 and omega 3s, so eating the right amount can be valuable for maintaining a healthy diet.

At Healthy Food Guide, we suggest treating meat as an accompaniment or a garnish in a plant-focussed meal. Stir-fries, salads and pasta are a great way to use meat this way and our recipes are designed to help you serve up the perfect-sized portion of red meat in your meals. 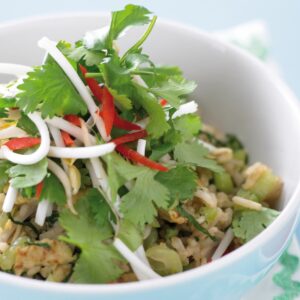 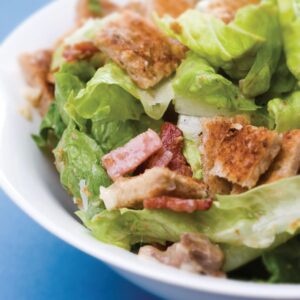 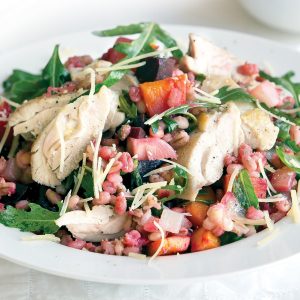