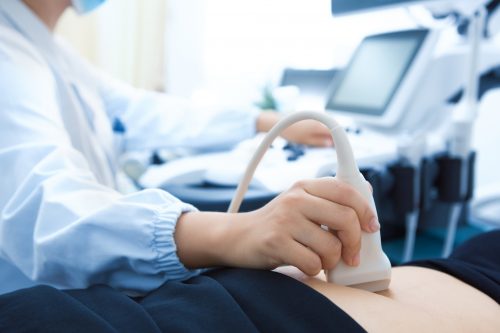 A study using mice has shown that adequate levels of vitamin B3 (niacin) potentially helps prevent some miscarriages and birth defects, although further research is still needed.

The finding has potential to change the way pregnant women are cared for around the world, according to lead researcher Sally Dunwoodie.

“But further research is still needed… including studies in humans,” Professor Dunwoodie says in an email to Healthy Food Guide.

Researchers from the Australian Victor Chang Cardiac Research Institute identified genetic mutations disrupting production of a vital coenzyme, nicotinamide adenine dinucleotide (NAD), among several families who suffered from miscarriages and birth defects. Vitamin B3 is essential in the production of NAD.

Mice models engineered with the same gene mutations were fed a vitamin B3-free diet. The mice went on to have miscarriages or offspring with birth defects.

But when the mice were given a B3 supplement, they went on to have healthy offspring.

Professor Dunwoodie encourages women to follow the current recommended vitamin B3 dose for pregnant women (18mg per day) when preparing for pregnancy.

Vitamin B3 is found in a wide range of foods including meat, poultry, fish, wholegrain cereals, eggs, dairy products, legumes, Marmite, green vegetable, nuts and seeds, so with a healthy diet it’s not difficult to get enough. Supplementing at high levels is not recommended. 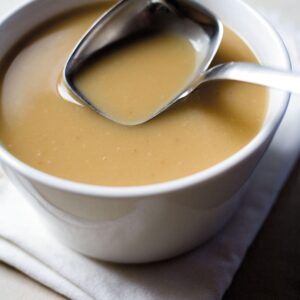 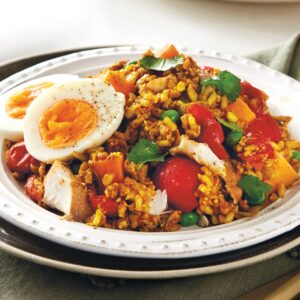 Easy kedgeree with leeks and cauliflower 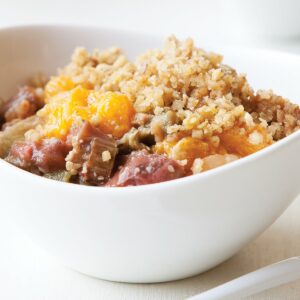