A grain of salt 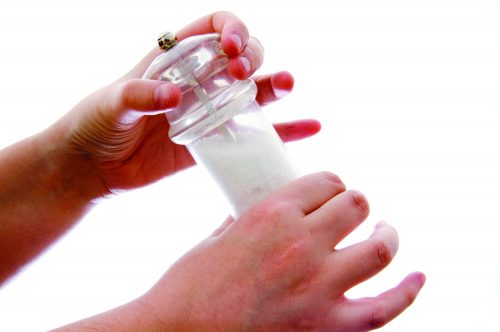 It’s our most common food additive and some say the most dangerous. But is salt really so bad for us? Nutritionist Fiona Carruthers answers common questions about salt and health.

We do need sodium from salt (see Salt or sodium? below) – it is one of the vital minerals keeping body fluids such as blood and sweat in check. Most of us, however, eat much more than we need for good health. We actually only need one to two grams of sodium a day, although the daily requirements are set at a more realistic 0.5 grams to 2.3 grams sodium per day, which equates to about one teaspoon of salt. On average, Kiwis eat twice the recommended amount each day, and one-and-a-half times the suggested upper level.

Is salt as bad as they say?

There has been debate among scientists about this for years. However, most scientists now agree we eat more salt than we need – and it is killing too many of us. Five of the top 20 most prescribed medicines in New Zealand are for high blood pressure.

So how are the scientists sure salt is bad when you can’t actually feel your blood pressure rising while eating a packet of salty chips? Science progresses slowly over time – with each new study building on the last, eventually completing the jigsaw of evidence and making us as certain as we can be of the link between food and health. This can be frustrating when we are simply looking for the best meal for lunch or dinner. But in the last few years, a couple of major reviews have been done, examining the huge amount of research into the effect of salt and sodium on our health. These show a consistent and convincing link between sodium and blood pressure (see below).

Is there a ‘healthy’ salt?

The marketers of some salts claim their products are good for us, as in the case of Himalayan salt. However, there is no evidence to suggest this is the case, and what you will read about Himalayan salt is marketing hype: it has the same sodium content as any other salt.

Flaky and sea salts are often used in restaurants and by TV chefs. They are not much different from regular table salt in their composition; but they have different shapes and textures, making them taste different. Something to watch out for: some types of flaky or rock salt don’t contain iodine, which is added to regular table salt. As we need iodine, it is worth using a salt that contains it. We like the flaky iodised salt available in supermarkets.

The bottom line is that all salt is mostly sodium chloride. Any other components you may see listed are in absolutely miniscule amounts that have no effect on taste or nutrition. We don’t advise using salt as a health tonic.

Where does salt hide in food?

Salt is not where we often think it is. Only about 15 per cent of the salt we eat comes from the salt shaker. About 10 per cent is found naturally in food, and the rest comes from processed foods. It’s not always foods we think of as ‘salty’, either. It may be a surprise to learn bread is one of the most common sources of salt in our diet today. We also get 10 per cent from processed meats, six to seven per cent from sauces, potatoes (including hot chips) and kumara, and around six per cent from breakfast cereals.

Where salt hides and lower-salt alternatives

Why don’t food companies just cut the salt out?

They are working on reducing it, but salt can’t be completely removed easily. It is a fundamental ingredient of many common foods – butter, cheese, cured meats, salad dressings and pickles. Its role is not only to preserve food. Salt gives taste and texture. It makes a gherkin crisp, makes cured meat tender and strengthens gluten in bread. If you don’t want soggy breakfast cereal as soon as you add milk, manufacturers have to add salt to keep the flakes crunchy.

Most food manufacturers work on making gradual reductions in sodium over time, training our palates to adjust to the less salty flavour as the salt disappears slowly without us noticing. Over one year, 33 tonnes of salt disappeared from bread, breakfast cereals and spreads in New Zealand – that’s enough to fill a couple of large trucks – and chances are most of us didn’t realise it was happening.

More and more manufacturers are producing ‘low-salt’ versions of their products, and we recommend using these whenever possible.

Isn’t blood pressure risk something that only affects older people?

Sodium and blood pressure – the link

Sodium keeps our body fluids in balance. These fluids – such as blood and sweat – carry nutrients around the body and take waste materials out. Well-functioning kidneys ensure the right amount of sodium and fluids are available but there is a limit to their capability. Too much sodium leads to more fluid being retained. More blood increases blood pressure.

According to the World Health Organisation, high blood pressure is a greater risk factor for heart disease than smoking or being overweight or obese. (Smoking and keeping weight under control are also vitally important for good heart and overall health. Risk factors tend to be cumulative, not mutually exclusive. In other words, for optimum health, they all need to be considered.)

Salt is mainly sodium and chloride, of which around 40 per cent is sodium, the main element within salt to affect our health. Salt is the main source of sodium in the diet. NB: sodium is measured on labels in milligrams (mg).

Easy ways to cut the salt 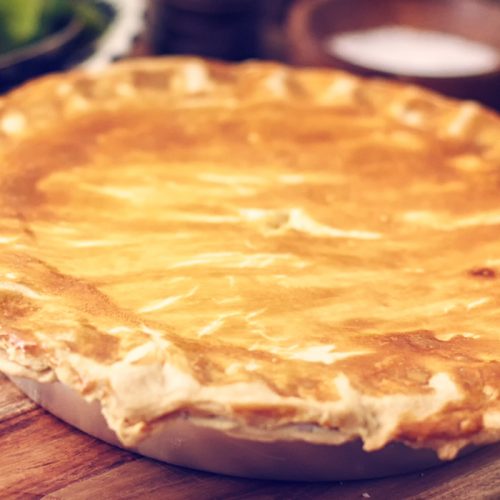 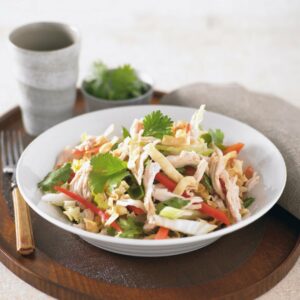 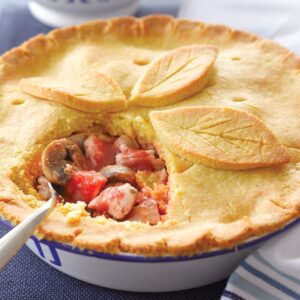