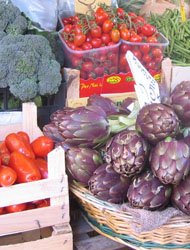 An interesting piece of research came across our desk last week.

A study from Austria suggests what you might believe about vegetarians – that they’re healthier than the rest of us – is perhaps not the case.

The vegetarians in the study had lower BMI and alcohol consumption but had poorer overall health. Vegetarians had higher incidence of cancer, allergies, and mental health disorders, a higher need for health care, and poorer quality of life.

Before we all go off veges, it’s important to understand a few things about how scientific studies are conducted and, perhaps more importantly, how they are often reported in the media. This study is a great example of (some) reporters taking results a step further than the research actually showed. If you followed this one you might understandably think that being a vegetarian was found to cause poor health outcomes. In fact, all the study found was an association – the researchers state that they don’t know if it was the vegetarian diet making people less healthy, or if people were eating a restricted vegetarian diet because they were in poor health.

The quality of this study could also be criticised as it was based on participants’ self-reporting their quality of life and dietary patterns, rather than there being an analysis of their actual diets.

In fact, we don’t know any of the details of the diets the participants were actually eating. Did the self-described vegetarians eat nothing but veges? Did they have a balanced diet with enough protein and healthy fats? We don’t know.

The other thing to keep in mind is that scientific knowledge is built on a body of evidence, rather than a single study. The body of evidence to date would strongly suggest that a diet high in plant food – whether it includes meat or not – is a very good way to eat and is likely to be protective when it comes to disease. So we’d definitely say – as per another piece of advice that was released last week (10 servings of fruit and veges a day, anyone?) – that eating more vegetables is a great idea.

One thing vegetarians and others who eat a vege-based diet do need to watch out for, though, is that we get enough iron. Iron is found in every single cell of our bodies and it’s a mineral we can’t live without. This week is Iron Awareness Week, designed to raise awareness about iron deficiency, which affects more people than you might think.

Of particular concern is the fact that eight out of ten toddlers’ diets don’t meet the recommended daily intake of iron, and that 14 per cent of kids under the age of two are iron deficient. Iron deficiency adversely affects behaviour, cognitive performance and physical growth.

So it’s worth paying attention to iron in our diets. The recommended daily intake (RDI) for iron is 8mg for all men and for women over 50. Women aged 19-50 need more – 18mg. Infants, children and teenagers have relatively high iron needs because they are growing rapidly.

Iron from meat and fish is more readily absorbed than iron from plant sources, so if you’re vegetarian you may need up to 80 per cent more iron – that is up to 14.4mg for all men and for women over 50, and 32.4mg for women aged 19-50.

Some simple swaps can give you a boost. For example, instead of 150g chicken breast with 0.8mg iron, try the same amount of blade steak to get 4.4mg iron. Six steamed mussels will give you 10.9mg iron, compared to 125g of tarakihi with 0.7mg iron. And 3/4 cup cooked quinoa has 2.1mg iron, more than twice the amount in the same amount of brown rice which has 0.8mg. When it comes to getting enough iron, small tweaks can make a big difference.

There are some useful resources – including tips for iron for toddlers – at ironweek.co.nz. 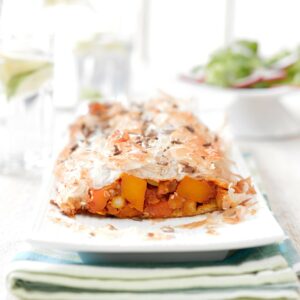 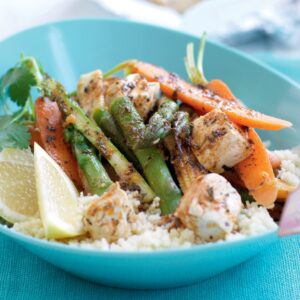