Eat less and feel full: How protein can help you 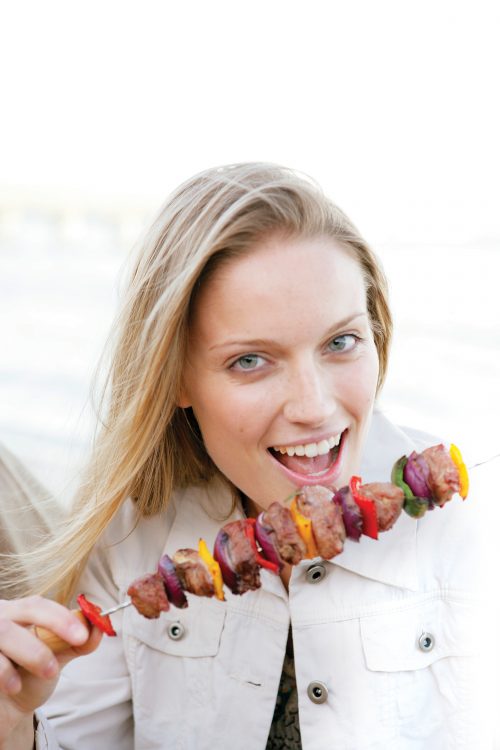 Have you ever eaten two pieces of toast for breakfast, only to be ravenous an hour later? Lack of protein could be to blame. Though the word ‘protein’ may conjure images of buffed up body-builders loading up on shakes and powders, this powerful nutrient does more in your body than build muscle.

In fact, protein from foods such as red meat, chicken, fish, eggs, lentils, dairy and nuts may prove the key to beating mid-morning muffin cravings or the 3pm crush for chocolate at the office vending machine.

An emerging scientific view, called ‘the protein leverage theory’, says our bodies are programmed to keep on eating until we get enough protein. Once we hit the protein sweet spot, our brain then switches off hunger pangs. Bye, bye snack attacks and second servings at meals.

For decades, carbohydrates and fat have taken centre stage in the debate about what causes weight gain and which foods are our best weight-blitzing allies.

However, a growing number of studies is shifting the spotlight to protein, which may well prove the ‘must have’ nutrient for appetite and weight control.

The daily drive for enough

“Because protein can’t be stored in the human body, daily intake is very important,” says David Raubenheimer, a professor in nutritional ecology at the Charles Perkins Centre in Australia.

Raubenheimer has spent more than two decades studying the protein intake of animals and insects all over the world. He found they all appear to have a set point of protein they need to satisfy in order to signal that they’re full.

“If we consume a diet with a low-protein content, we will eat more overall to avoid a protein shortage. And, in the process, we will overeat fats and carbs and take in too many kilojoules,” he says.

The end to yo-yo dieting?

Raubenheimer has been involved in numerous studies that clearly demonstrate this effect. And his findings have a significant message for anyone caught in a yo-yo dieting spiral.

What the research says

The study found when the protein level was 10 per cent, the study participants ate 12 per cent more over the course of the day — mainly due to snacking in between meals.

When the protein level was increased to 15 per cent, they ate fewer kilojoules and felt less hungry.

The study also noted once protein dropped below 15 per cent, for every missing kilojoule from protein, participants ate four-and-a-half kilojoules from carbohydrates or fat. In another study at the University of Oxford, Raubenheimer’s team found men who ate a diet high in protein felt fuller and ate less food that was high in carbohydrates and fat than when their protein intake was substantially reduced.

“These study results show eating less protein not only encourages people to overeat but to over-eat foods higher in carbohydrate and fat, increasing the risk of weight gain,” says Raubenheimer. Understanding this helps to explain our problem with obesity.

“Unfortunately, some people are tending to eat less protein now because, in the supermarket, [protein-rich] foods are more expensive than foods high in carbs and fats. And in snack foods, which we are consuming more of, there is often little or minimal protein content,” he says.

Cut hunger and rev up your metabolism

Protein is one of the main reasons why dietitians often recommend snacking on nuts or yoghurt, rather than a low-kilojoule biscuit.

Meals with a good helping of protein from meat, fish, chicken, eggs, beans or lentils help us feel full and satisfied for longer.

“Of the major macronutrients, protein rates higher on the satiety scale than carbohydrates and fats, which means it makes people feel fuller for longer after a meal,” says dietitian Melanie McGrice.

“Protein is very effective at reducing levels of ghrelin after a meal,” says Zane Andrews, an Australian Research Council Future Fellow in the Department of Physiology at Monash University in Melbourne.

“This is good news for weight maintenance and weight-loss, because ghrelin is a hormone that increases appetite, so suppression of ghrelin helps people eat less and feel more satisfied between meals.”

As well as driving or curbing the appetite, protein may rev up your body’s ability to burn kilojoules.

These benefits were highlighted in a US study which found that when people were fed 40 per cent more kilojoules than usual, those eating a higher-protein diet stored less fat and gained more muscle, and they burned more kilojoules — even when resting.

This could be because protein switches on a process called ‘thermogenesis’.

“As your body has to work harder to break down protein, it generates more heat which means that your metabolism gets a boost and you burn more kilojoules,” says McGrice.

Protein also plays a pivotal role in weight-loss success. A recent 12-month study by the University of Sydney compared overweight women aged between 18-25 on a protein-rich diet to women eating a diet higher in carbohydrates and lower in protein. It found the women eating the protein-rich diet lost more weight than those on the lower protein diet. In fact, 36 per cent of the women on the high-protein diet lost more than 10 per cent of their starting weight.

“Many of the women lost this amount in only six months, which we found surprising,” says Dr Helen O’Connor, a senior lecturer in nutrition at the University of Sydney.

And the large-scale European Diogenes project, which encompassed more than 700 families, found that after weight-loss, those who were most successful at keeping the weight off had a diet high in protein along with lower-GI carbohydrates.

The magic number: How much should we be eating?

This large-scale Diogenes weight-loss project found a daily intake of 25 per cent energy (kJ) from protein, coupled with low-GI foods, was optimal for weight maintenance.

“It might well turn out that getting 25 per cent of your daily kilojoule intake from protein may prove the ideal ratio for weight control because it makes people feel more sated and minimises risks of overeating,” says Jennie-Brand Miller, Professor of Human Nutrition at the University of Sydney, who was involved in the project.

For the average person eating 8700kJ a day, this means around 128g protein. To get to this magic number you need to eat a range of protein-rich foods throughout the day (see A typical protein-rich day, below).

Protein is more than meat

We need to boost our intake of lean, low-fat protein, rather than fill up on meat that comes packaged with extra kilojoules, saturated fat and salt in foods such as meat pies, sausage rolls, and processed meats like salami, bacon and sausages.

“Men tend to over-consume protein such as sausages and barbecued steaks,” says McGrice.

“This may be contributing to weight gain in men and related health issues like bowel cancer, which, in studies, has been linked to eating too much red or processed meat. This is why much publicised high-protein diets like the Atkins diet are not recommended.”

Some women avoid meat because they think it will make them gain weight, when in fact, protein promotes a feeling of fullness and it is actually likely to make them feel less hungry between meals.

Getting the mix right

Ensuring a good mix of different protein sources is a healthy, satisfying way to boost your nutrient intake — whether you choose to eat meat or vegetable sources.

“Animal proteins such as fish, lean red meat, lamb or beef, skinless chicken breast, eggs and dairy foods are considered complete because they contain all of the essential amino acids,” McGrice says.

The golden rule when increasing protein is that eating from all food groups is still crucial — that means whole grains, healthy fats, fruit, vegetables and reduced-fat dairy.

McGrice cautions: “If you do increase your protein intake, make sure you don’t do it at the expense of vegetables and fruit, as they are also pivotal to good health and weight control.”

Under a microscope, proteins look a little like a necklace — a string of attached molecules called amino acids. Of the 20 amino acids found in protein, nine are considered ‘essential’ because they are critical to processes such as building cells and maintaining muscle. And there’s no way for the body to get these essential amino acids other than through eating protein-rich foods such as red meat, chicken, eggs, legumes and dairy.

How much protein do we get?

The 2008-09 National Nutrition Survey found that on average we get 16.5 per cent of our energy (kilojoules) from protein. The current advice from the Ministry of Health is to get between 15 and 25 per cent energy from protein.

While the protein leverage theory is new and emerging science, it has been known for many years that protein is more satiating than carbohydrates or fat. Our HFG menu plans in each issue average 22 per cent energy from protein.

In research on protein, eating a high-protein diet led overweight women to feel fuller, snack less and lose 10 per cent of their body weight. We’ve highlighted the protein-rich foods here in bold.

If you’re eating a high-protein diet to lose weight, make sure you don’t replace vegetables with protein. These are great options to eat freely to make sure you get lots of veges: 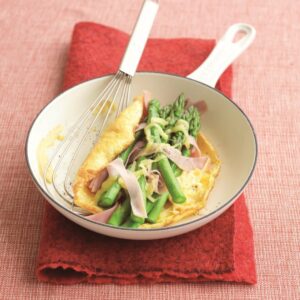 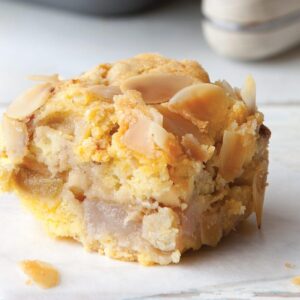 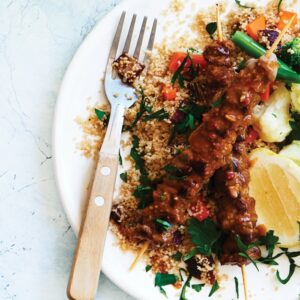