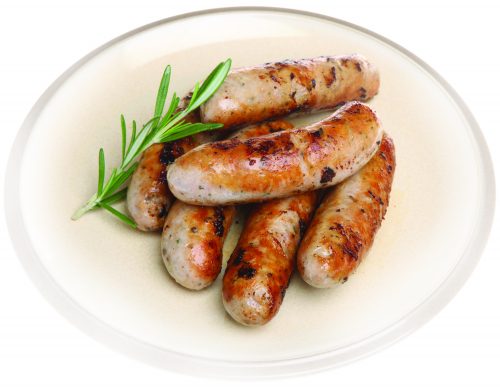 Sausages are convenient and tasty — but is there such a thing as a healthy sausage? HFG senior nutritionist Rose Carr investigates.

Sausages are not just for the summer BBQ. Bangers and mash with gravy are a favourite winter comfort food and they also add interest to a winter casserole. While we’re advised to limit our intake of processed meats (which applies to most sausages), when we do have sausages it’s a good idea to choose carefully, as nutritionally, they vary widely.

Typically made from pork or beef, along with a filler and various herbs and spices to season. The filler can be an ingredient such as a wheat or rice flour, breadcrumbs, potato starch, flaked rice or a gluten-free flour. Natural sausage casings are made from the lining of an animal’s gut, often from sheep, but also from cattle or pigs. Other casings can be made from collagen which is also derived from animal material.

Sausages made from the meat of lamb, ostrich, venison, chicken and turkey can all be found in stores.

When you see a sausage labelled as ‘beef-flavoured’ or ‘pork- flavoured’ it usually means there is less meat in the sausage than a traditional sausage and that it contains a blend of meats such as lamb, beef and pork.

There are a number of gluten-free options, including sausages from the Mad Butcher and Hellers. They don’t come in lower-fat versions so unless you need to be gluten-free, these are not the best choice.

There are a number of soy-based sausages available for vegetarians and anyone wanting a meat-free meal, although they won’t work as well in a casserole.

The protein in meat-based products depends on how much lean meat is in the sausages.

The amount of fat in sausages varies enormously. The lowest fat sausages are less than five per cent fat. Many are around 15-18 per cent fat, and some are even higher. Traditional sausages from your local butcher can range from 20-30 per cent fat, although some may make a lower-fat version.

The problem with high-fat sausages is that from one-third to half the fat in them is saturated fat, the unhealthy fat many of us are already getting way too much of. So, if we want to enjoy sausages and take our heart health into consideration, it’s worth seeking out a flavoursome lower-fat product. Be sure to check the sodium content as well, though. Some sausages touting their low-fat or 95 per cent fat-free status are very high in sodium.

Researchers from the University of Auckland identified sausages as one of three priority areas for sodium reduction in our food supply. Having surveyed 68 different sausages (including hot dogs) they found a range of sodium from 540-1920mg per 100g. While we don’t have a specific target here, in the UK the Food Standards Agency’s target is 550mg per 100g for sausages, so we’re not looking that good. There is, however, a reasonable selection of sausages available here with around 650mg or less sodium per 100g.

Often the higher-fat sausages are also high in sodium, a double-whammy in the unhealthy food stakes. It really does pay to read the nutrition information and choose well so that when we do have sausages we can enjoy them without worrying about what they
are doing to us.

Preservatives and other additives

The World Cancer Research Fund recommends we don’t overdo our total red meat consumption and also that we eat little if any processed meat because of its link to colorectal cancer. In this context, processed meat includes any meats that are preserved by smoking, curing or salting, or by adding preservatives. Most sausages fall into this category. Even for fresh sausages, many do contain preservatives, although some don’t.

Sulphites (numbered 220-228) are often used as a preservative in sausages and quite a few contain the flavour enhancer MSG (number 621). Some people are sensitive to these additives and will want to avoid them.

For a heathier choice…

We prefer sausages with 10g or less total fat, 4g or less saturated fat and 600mg or less sodium per 100g. 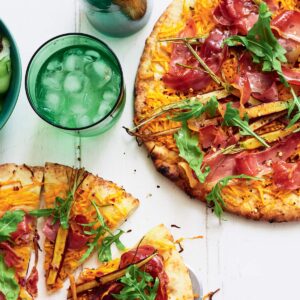 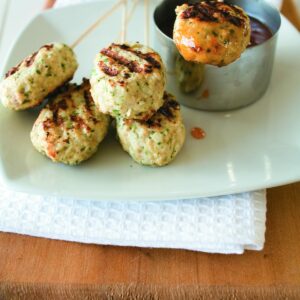