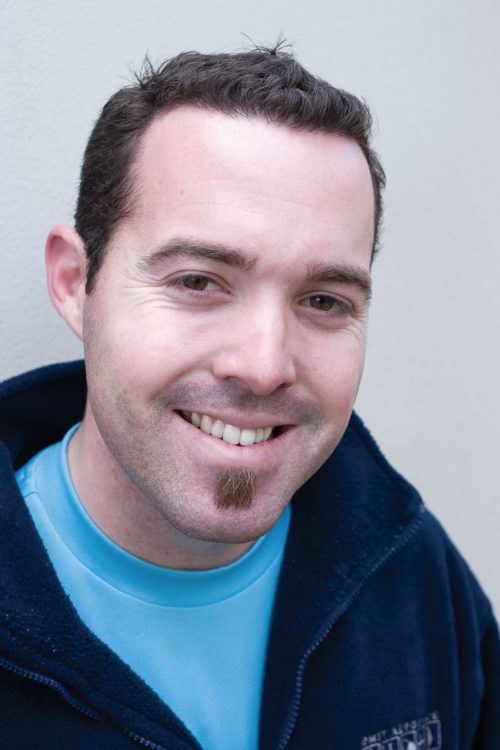 Steele is a projects coordinator for a transit company. He has just decided to take up some further university subjects on top of his full-time work and is living a busy, bachelor lifestyle in the suburbs.

At 24, Steele has been living alone for a year but is increasingly finding it hard to look after himself in a health sense! He has slowly "got fatter" (his words) since he moved out of home and feels run down.

Steele snacks on 2 pieces of fruit each day assuming there is fruit available, but often eats very few vegetables – sometimes only what is in his takeaway meals. Many of his choices are high in fat, particularly saturated fat, and in salt. He has 2-3 cups of water per day and a similar amount of tea or coffee. He will have a soft drink on occasion and 5-10 alcoholic drinks per week. He usually has a moderately-sized meal. On occasion he tries to plan in advance and will cook a meal and freeze it in individual portions in his freezer.

Steele has had difficulty sticking to a routine. He tries to go to the gym 1-2 times per week and plays squash every few weeks. He will soon start ice hockey training and a game once per week. Sometimes he tries to go for a run but he hasn't been able to find the motivation lately. His VO2 or cardiovascular fitness score is 41ml/kg/min (average). Steele points out that his exercise pattern is irregular and is generally dictated by his mood.

A thorough medical assessment has some startling results. Steele's triglyceride levels are extremely high at 4.7mmol/L (reference <1.7mmol/L). His total cholesterol is high at 5.8mmol/L (reference <4.0mmol/L). High blood triglycerides coupled with high blood cholesterol should be treated as a risk factor. It's important we tackle any of the other risk factors that Steele can change.

"Steele has regular meals but is always grabbing them on the run and when he looks in his cupboard it is mostly bare! He is finding it hard to plan in advance. Apart from "getting fatter" he has not had any obvious indications of poor health, although he has been feeling tired and run down. He puts this down to his busy schedule but some of his dietary choices would certainly be playing a role. It was a very important find to discover that Steele's triglyceride levels were so high. For Steele, this was a strong motivation to make change.

I'm also concerned about his intake of some vitamins and minerals, particularly due to his low fruit and vegetable intake. Not only does this often result in over-eating of other more energy-rich or fat-rich foods, it can also potentially lower the important intake of some antioxidants, polyphenols and an array of vitamins and minerals which are integral for body function."

Changing breakfast for the better. Steele's breakfast is quite good. However, the word 'toasted' in many brands of cereals equates to 'high fat'. Sure enough, Steele's cereal is quite high in fat so we switch him to a low fat, natural muesli. We also ensure his yoghurt is low-fat and add in a piece of fruit for added soluble fibre and vitamins and minerals and to help fuel him through the morning. For quicker options, Steele can also choose yoghurt, grainy toast and a piece of fruit.

Addressing his work lunch and snack issues. Steele adds a 'food draw' to his office including fruit, tinned fruit and other convenience items such as spreads and crackers, baked beans and tinned soup. He also keeps some grainy bread in the freezer and tries to bring vegetables or salad from home (such as in a grainy sandwich). I want him to make sure he has some vegetables and some fruit at his lunch break, which will help lower the energy density of this meal and contribute valuable nutrients to his intake. At the very least, he can also store some instant frozen 'healthy' meals in his freezer at work or get lower-fat takeaways such as kebabs or sub sandwiches on occasion.

Getting Steele organised for a healthy dinner. Steele often cooks foods such as casseroles ahead on a weekend so that he has an instant meal during the week. However, this is eaten by itself and is very low in vegetable content. We discuss vegetables that can be added to casseroles to easily boost his vegetable intake such as peas, carrots, onion, spinach, potato, pumpkin, courgette, tomatoes and beans. I challenge him to buy one new vegetable per week that he hasn't tried to include in his cooking. We also talk about suitable vegetables for stir-frying such as bok choy, carrots, beans, onions, cabbage and courgette and discuss other meal options.

It is important that Steele keeps his fridge looking attractive with fresh foods such as vegetables, meats and dairy products, so he is more inclined to want to eat from it. He also needs to get his freezer full with convenience foods such as frozen vegetables, frozen low-fat potato wedges and lean pre-cooked or easy-to-cook meats. Again, some back-up plans such as frozen meals are a good idea, as I would much prefer him on his really busy days to have one of these than stop for takeaway.

Other 'high-energy areas' such as soft drinks, fruit juices, sweets, high-fat snacks and alcohol. Where possible he should go for alternatives such as diet soft drinks, flavoured waters and pretzels. I'd like him to cut his alcohol intake by half as most often he drinks "for the sake of it" or "because it is there".

Steele has one ice-hockey training and one game per week. He is finding it hard to get to the gym so we give him some resistance exercises to do at home. These include push-ups, stomach crunches, squats, bicep curls, tricep curls and prone holds. Some of these are using a limited weight set that he already has at home, and he is also using options that are available to most people, such as using walls, homemade weights or your body as resistance. This can give a really good workout. However, for most people the number one equipment option for home strength exercises should be a Swiss ball. He also agrees to run three times per week.

"I have found the hardest part is reminding myself that I am trying to be healthy. It's all too easy sometimes to grab a chocolate bar, a cake or a soft drink when I am out and about with work or friends. I guess how I used to eat was due mostly to being lazy; it wasn't that I wanted something that was unhealthy, it was just that it was easier to get or make. It really doesn't take much effort to order a burger. The exercises really remind me of what I used to be able to do, and how unfit I've become since, but the body is remembering pretty quick. It still hurts but I'm happy with the progress I'm making."

The change in Steele's lifestyle has been huge. Steele now weighs in at 85.4kg, which is about 2.5kg lighter than at the start of the programme (this is the same as 5 x 500g packs of butter!). His skinfolds results show this has largely been lost through a drop in his body fat and not body muscle. It is important to remember when entering these programmes  – it is very difficult to gain muscle while dropping body fat, due to the body having very different requirements at a system level. It is best to
focus on one and then the other (eg, focus on gaining muscle
then losing body fat or vice versa).

Steele's blood test results have improved considerably. His blood triglycerides have changed from 4.7mmol/L to 2.6mmol/L, a substantial drop. His total cholesterol has also fallen. Overall it is a very important improvement for Steele and his long-term cardiovascular health.

An analysis of his food intake before and after the 6 weeks shows a very different picture. His kilojoule intake has dropped on average from 10,000kJ per day to nearer to 6,000kJ. This is a drastic change and with the rise in exercise, we are amazed to see that he hasn't lost more weight. This could be because we have actually restricted his intake a little too far. Interestingly, people often skip meals or eat a small snack instead of a meal as they think they will be assisting with their weight loss by limiting the kilojoules in the diet. The trap with this approach is that our metabolism can slow down substantially, or put another way, the amount of energy our body uses or burns at rest is considerably less. We also may be more likely to binge eat later on.

For Steele, it is not the weight loss that has had made the biggest personal impact, it is the changes in his blood triglycerides and cholesterol. At his current rate of weight loss he can meet his weight target within a few months. In the long term, Steele believes he can maintain a lot of the principles that he has learnt but be a bit easier on himself when he wants to cease his weight loss. 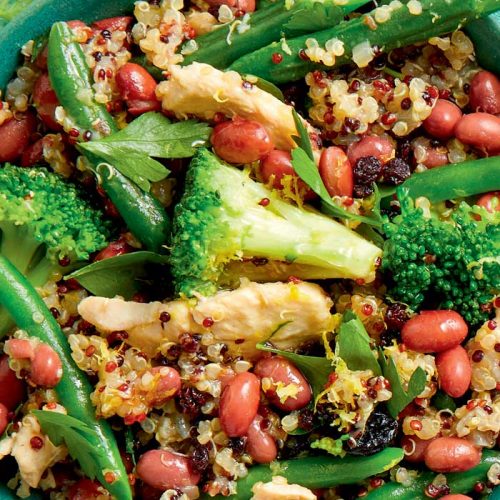 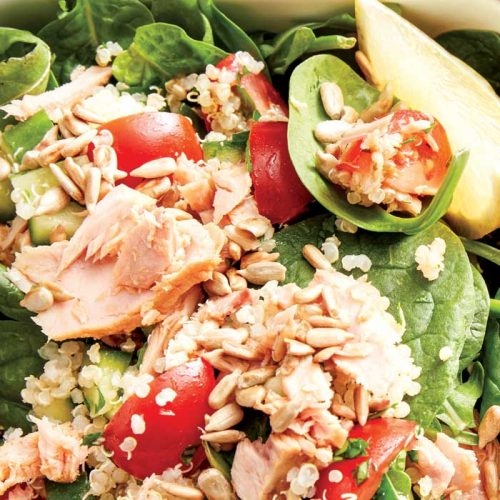