How do they produce salmon? 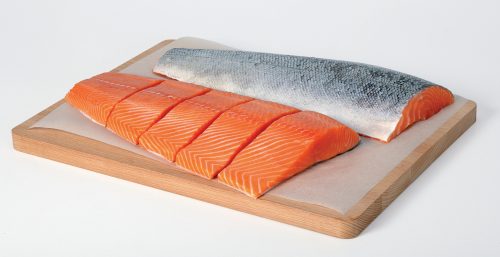 HFG editor Niki Bezzant explains how salmon gets from the hatchery to the plate.

Salmon is a readily-available, versatile fish with good nutritional value. As a farmed fish, salmon is harvested and available year-round. Most of the salmon we buy in the supermarket comes from New Zealand King Salmon, based in Marlborough, which produces the Regal, Southern Ocean and Seasmoke brands.

Salmon are grown from eggs taken from broodstock (in much the same way as cattle are bred).

At New Zealand King Salmon’s hatchery in Takaka, the ‘families’ of salmon are carefully tracked to avoid inbreeding and fish are bred to get the best, most consistent result. Eggs hatch into alevin, then become fry, then smolt. At this stage they are reared in large pools known as races. At Takaka, the hatchery is adjacent to the Te Waikoropupu Springs, which has the clearest water in the world. The water here stays naturally at a consistent 12°C year-round, making it perfect for baby salmon to grow.

Each salmon is documented and tracked throughout its life so that every end product can be traced right back to the egg. There’s no genetic modification involved in salmon farming here in New Zealand.

When salmon are about one year old, they are transferred via modified water tankers to the sea farms where they will spend the rest of their lives. (In the wild, salmon would swim to the sea).

New Zealand King Salmon’s farms are in the Marlborough Sounds, where the water depth, quality and temperature are all well-suited to fish farming and the conditions are sheltered from wind and waves. The salmon live in large netted pens at a very low density: about 2.5 per cent salmon to 97.5 per cent water.

The salmon are fed on a high-fat, high-protein diet of feed pellets made from fish meal, fish and poultry oil, vegetable protein and grains. One of the pro-vitamins in the feed is astaxanthin, a carotenoid pigment, which gives salmon its bright pink colour. This is a bio-identical version of the natural pigment salmon would get from krill in the wild, and it is essential for the salmon’s health.

Salmon spend one year to 18 months in the sea cages before being harvested when they are about three to four kilos. (This is just before the stage when a wild salmon would be wanting to swim upstream to spawn).

To harvest, the salmon are first anaesthetised with a natural clove-based extract which is pumped into the water to calm them. Then they are humanely killed by a machine which administers a blow to the head. Salmon are bled straight away by cutting under the gills. Then they are immersed in ice slurry to be transported to shore for processing.

Each day salmon harvested at the sea farms are sent back to shore at Nelson for processing. Fresh whole fish are gutted, cleaned and packed for distribution around the country and overseas. Others are filleted into sides and portions or sliced into steaks. Fresh salmon can be in the supermarket within 24 hours of being harvested, and delivered overseas within 48 hours.

The farming of salmon in New Zealand is different from salmon farming practised overseas. Many of the issues of concern you may read about online to do with salmon farming in other parts of the world are simply not problems here.

Because salmon in New Zealand are not affected by any of the diseases affecting Atlantic salmon in other parts of the world, no drugs, chemicals or antibiotics are used in salmon farming here. New Zealand salmon are also naturally resistant to sea lice, which is a reported problem in overseas farms.

In the past, fish meal has been a major component of the feed for salmon. However, due to concerns around the sustainability of this (more fish need to be caught for feed than are grown in farming), the composition of the feed has changed to come from other sources, including vegetable protein, making for a more sustainably-raised fish. New Zealand King Salmon says it is now a net producer of protein (ie. it produces more fish than it uses in its feed).

Salmon farms in New Zealand operate under strict environmental regulations. The impact of farms on the surrounding seabed and marine life are also closely monitored.

Did you know? One 150g portion of King salmon provides two to three days’ worth of the suggested dietary target for long-chain omega-3s. 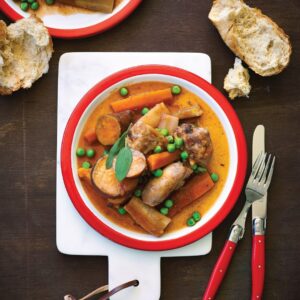 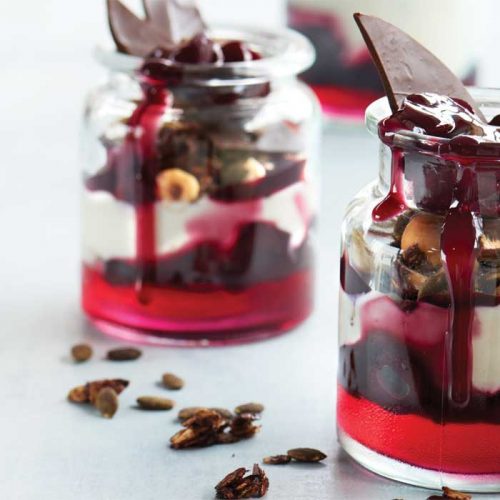