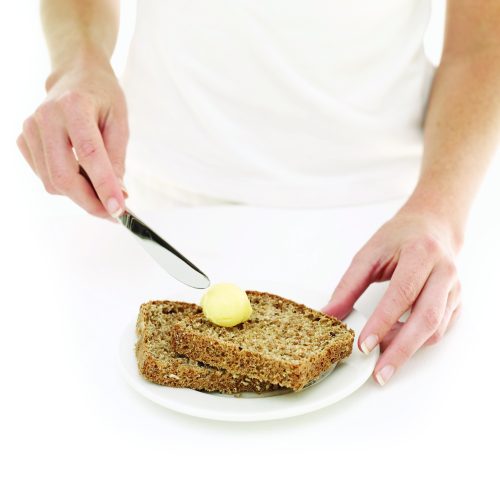 Nutritionist Fiona Carruthers explains the good, the bad and the controversial about fat in our diets.

The concept of fat being good for us can be hard to grasp. Once upon a time all fat was bad, so how can it now be good? Then again, how good is good and how bad is bad? And do we need fat anyway?

Fat carries flavour and makes many foods more palatable. Nutritionally, fat gives us energy, vitamins A, D, E and K, plus essential fatty acids which we can’t make ourselves so we need to find in food.

'Good' and 'bad' fats – what's the difference? And what foods are they in?

Not all fat is the same. There are three major types – saturated, monounsaturated and polyunsaturated fats, and each type is made up of different units known as fatty acids.

Saying saturated fat is found in animal foods and unsaturated in plant foods overly simplifies the situation. Most foods contain a mixture of these fat types in varying proportions. For example, olive oil is known for containing plenty of monounsaturated fat, but also contains some saturated fat. One tablespoon of olive oil contains more saturated fat than two slices of lean roast beef, for example.

This all makes it quite hard to be clear about exactly which foods contain which fats. We all eat differently from one another but in general, New Zealanders gain most of all types of fat from butter and margarine, simply because they are just that – fat.

Monounsaturated fat is found in olive, canola and avocado oils, peanuts, lean meat and poultry with polyunsaturated fats coming from oils such as sunflower, plus some specific foods, namely oily fish and walnuts.

I have read saturated fat is actually good for us, and that there is no evidence it causes heart disease. Is that right?

No. It is still true to say saturated fat raises blood cholesterol – increasing the risk of blocked arteries and hence heart attacks. But new evidence shows not all saturated fat, nor all foods containing saturated fat should be condemned, as other constituents within those foods could be beneficial to heart health. So the picture is becoming more, not less, complicated.

At a recent meeting in Europe, a group of scientists took a hard look at the available evidence and came up with some important conclusions. There is strong evidence that replacing saturated fat with polyunsaturated fat, eg. using sunflower margarine instead of butter, reduces the risk of heart disease, and while more research is required for monounsaturated fat, the available evidence indicates these fats are also beneficial. They also point out that reducing your saturated fat intake won’t be helpful if you then add refined carbohydrates. For example, changing from whole milk on breakfast cereal to trim milk but also adding sugar is unlikely to be any better for you, despite the reduction in saturated fat.

Butter is natural but margarine is full of chemicals. Surely it must be better to eat butter? We don’t know what all those chemicals in margarine are doing to us.

It is understandable to think that because we recognise the ingredients in butter – cream and salt – it is better for us.

Margarines and other table spreads are manufactured products, but they are based on natural oils we commonly use in cooking such as canola, sunflower, safflower oils. Some contain added vitamins and may contain preservative to help them last longer. The ingredients list on a tub of margarine may be longer than on a block of butter, but this doesn’t mean margarine is ‘bad’.

The ingredients added to food in New Zealand undergo rigorous testing before being permitted and are regularly reviewed by the New Zealand Food Safety Authority. There is no evidence margarines or spreads are harmful – and there is evidence they can make a positive change to health when substituted for butter.

I have heard margarine has bad trans fats in it which are worse for us than butter, anyway.

Margarines and table spreads contain a higher amount of unsaturated fat. In the early days of margarine production, some of these unsaturated oils were converted to trans fats, subsequently found to increase the risk of heart disease, possibly even more than saturated fat. However, this has changed and in New Zealand the vast majority of margarines and spreads now have very little or no trans fat. More of a worry is other commercial products such as chips, cakes and sweet snacks. These may still contain trans fat. This type of fat is more stable than other forms of unsaturated fatty acids, making it useful to manufacturers aiming to increase the shelf life of a product.

Aren’t low-fat dairy products worse for us because they have had all the goodness sucked out of them, and then other things added back in? What’s wrong with whole milk?

The only major component missing or in a smaller amount in low-fat dairy products is the fat. This means some of the vitamins found in fat are lost in lower-fat products. As a result, low-fat products may be fortified with those vitamins to ensure you are not missing out. The other nutritional goodies in dairy products, such as protein and calcium, remain. In fact, removing the fat makes way for more of them.

On the surface it may appear that whole milk, which has a fat content of four per cent, is low in fat compared to other common foods. For example, cheddar, blue or colby cheeses have over 30 per cent fat. But whole milk can still be a major source of saturated fat in our diets.

When using a reasonable quantity of milk, such as in a large flat white or a bowl of cereal, we can save significantly on saturated fat and kilojoules by simply switching to light blue or trim milk.

Aren’t we all fatter and unhealthier since we’ve been encouraged to eat low-fat foods?

“Half the fat, so you can eat twice as much” the TV ad for a soft cheese used to tell us. As a nutritionist, this message drove me mad as it has such potential to mislead. In the UK, when lower-fat milks were introduced, more cream was eaten. Cutting down on fat during the week by using lower-fat milk, many ‘rewarded’ themselves with cream at the weekend.

Sadly, we are often too good at conning ourselves. Foods containing less fat are a great addition to the ever-increasing variety of foods available but only if we don’t convince ourselves we can eat more as a result!

There is no single food which makes us healthy or unhealthy, fat or slim; it’s just not that simple. The overall amount and combination of foods, together with staying active, determines body weight, not simply the type of fat we eat.

What are the best fats/oils to use, then?

The best fat or oil depends on how and when it is being used. There is little to separate oils on health grounds and all oils are almost 100 per cent fat, so contain a similar number of kilojoules.

Extra-virgin olive oil does contain additional antioxidants and polyphenols, but some are lost during cooking, so this type of oil is best kept for dressings or marinades. Using a simple vegetable oil, such as sunflower, canola, rice bran or avocado, is fine for cooking – but just a drop.

The fat content of butter, margarines and reduced-fat spreads varies more than oils. If you use a small amount of butter here and there in an otherwise healthy diet, that’s fine. But in general, we recommend using a reduced-fat spread for everyday spreading and baking. Whichever you use, spread it thinly.

Scientific research is continually expanding our understanding of fat and how it affects health. For now, though, it isn’t really changing the advice about the everyday foods we eat. Most foods contain a mixture of fat types and all fat contains the same plentiful supply of energy as kilojoules.

It is hard to pinpoint specific foods to avoid or increase because the effect a food has on health is rarely due to its fat content alone. It’s also dependent on when and what is eaten with it, or what else it contains. For example, the protein and calcium in dairy foods may go some way to counter the effect of the fat. This continues to mean it is best to use fat sparingly, whatever the type. Where fat can be seen, as on some cuts of meat, trim it off; when lower-fat products are available, such as milk, choose them. With those foods containing hidden fat, or where lower-fat versions aren’t often available, eg. cakes and snacks, make them treats, not everyday foods. The devil is definitely in the detail when it comes to fat, but one simple truth remains – some fat is good, but more is not better.

Did you know? To be allowed to be called ‘margarine’, a spread must contain 80 per cent fat – a level similar to butter. Reduced-fat spreads can have as little as 23 per cent fat. 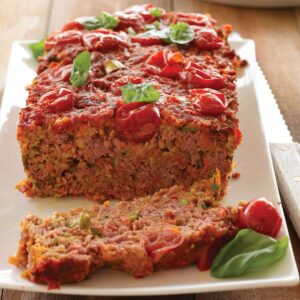 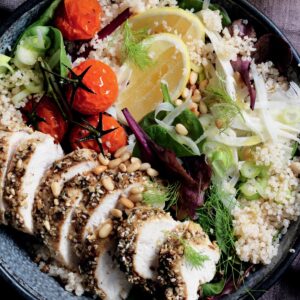 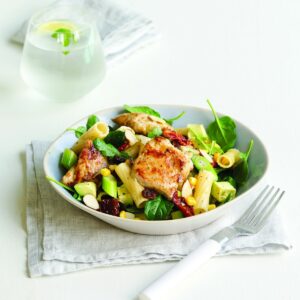