The surprising health benefits of coffee 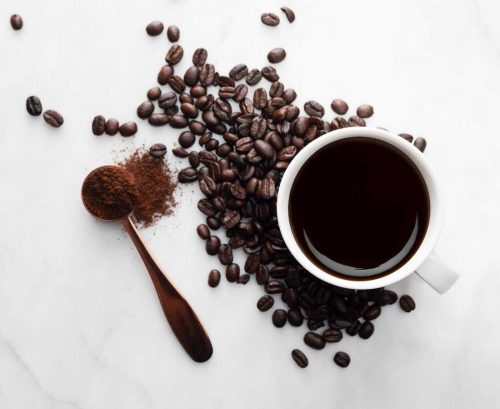 We look at the surprising health benefits of coffee, so you don’t need to fear your regular coffee could be affecting your waistline, blood pressure or life expectancy.

According to the British Coffee Association, one in 10 people believes coffee is bad for them. But is there any truth in the accusation? We charged coffee with nine counts of unhealthy qualities and presented the case to our expert panel. A verdict has been reached…

Regular coffee drinkers were shaken by reports of a 2013 study that found drinking more than 28 cups a week – that’s an average of four a day – was associated with a significant increase in the risk of premature death.

Thankfully, it seems this conclusion may be flawed, as the participants who drank the most coffee had an increased tendency to smoke and be less fit in general – two factors that are more likely to account for their increased mortality rate.

What’s more, a recent review revealed the majority of studies show coffee consumption is actually associated with a lower risk of death from all causes.

A review of 26 studies, published in the British Medical Journal, into the link between coffee and cancer found the more coffee people drink – including decaffeinated – the lower their risk of developing primary liver cancer.

In California, coffee shops have to display a warning sign declaring coffee contains acrylamide – a chemical that can cause health problems in people who have been exposed to very high levels of it through industrial use.

However, it’s unclear whether acrylamide in food poses any risk – toxicology studies have shown it can cause cancer in rodents, but only at levels typically 1,000 times higher than those that occur in our diets. Human studies have produced inconsistent results, but a review of 15 studies concluded there was no clear evidence of harm.

‘There’s still a lot we don’t know about the relationship between coffee and cancer,’ says Dr Rachel Thompson, head of research interpretation at the World Cancer Research Fund (WCRF). ‘But the 2007 WCRF report didn’t find any strong evidence linking coffee with any cancer. And, in a recent research review, we found women who consume more coffee actually appear to have a reduced risk of cancer of the womb.’

‘Caffeine has a diuretic effect only at very high doses – close to 1g,’ says registered dietitian Dr Sarah Schenker. ‘In the average mug of coffee, there’s only 80–100mg. Even larger coffee-shop drinks only contain about 300mg, which is a fair whack, but not enough to have a diuretic effect.’

‘People worry about the effect coffee has on blood pressure because caffeine is a stimulant,’ says Sarah. ‘But caffeine only causes a transient rise in blood pressure, such as that you’d experience after running up the stairs – which is not the same as having unhealthy elevated blood pressure.’

Indeed, according to Blood Pressure UK, drinking coffee has only a small effect on blood pressure, so cutting down will not lower blood pressure. Other factors in our diet, such as the amount of salt or fruit and veg we eat, are more likely to have an effect, so getting these right should be our priority.

Coffee is damaging to the heart

‘This misunderstanding stems from small studies from the 1960s and 1970s that suggested there was an association between coffee drinking and various heart conditions,’ says Roger Cook, science manager at the Institute for Scientific Information on Coffee.

‘However, since then more comprehensive studies have been conducted, which haven’t found a significant link between coffee consumption and heart conditions.’

‘Filtered, instant and espresso coffee are not associated with a significant increase in cholesterol levels,’ says Roger.

‘The two substances in coffee, cafestol and kahweol, that can raise cholesterol are found in higher levels in cafetière coffee, but you would need to drink a copious amount for it to have a significant effect.’

However, caffeine withdrawal is a condition recognised by the American Psychiatric Association. Suddenly giving up coffee can cause some people to experience mild headaches, reduced alertness and drowsiness.

Coffee keeps you up at night

‘Some people are more sensitive to the mild stimulant effect of caffeine than others,’ says Roger.

‘I don’t drink coffee after 4pm because it makes me too alert in the evening. But one of my colleagues will drink a double espresso before bed and she’s out like a light. You have to listen to your body and find a pattern of consumption that works for you.’

The calorie and saturated fat content of some coffee shop drinks may be through the roof, but don’t let them give all cuppas a bad name.

‘Coffee-shop coffee can be packed with calories if you go for a super-size, full-fat, flavoured option,’ says dietitian Juliette Kellow.

‘But a black coffee is sat fat free, sugar free and provides around 5kcal/21kJ per 250ml mug.’

‘People think of coffee as a guilty pleasure, but there really is no reason to feel guilty for enjoying it,’ says Sarah.

‘Scientific evidence shows drinking coffee in moderation (no more than about four to five mugs a day) is perfectly safe and can be enjoyed as part of a healthy, balanced diet.’

For pregnant women, the health authorities recommend a safe upper limit of 200mg caffeine a day, which is the equivalent of two mugs of instant coffee.

For more on coffee you might be interested in: Better options than coffee to beat an energy slump or How to drink coffee without it affecting your sleep 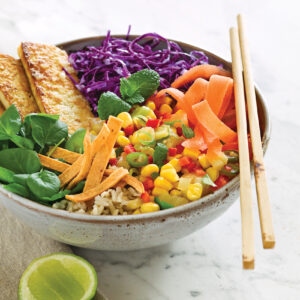 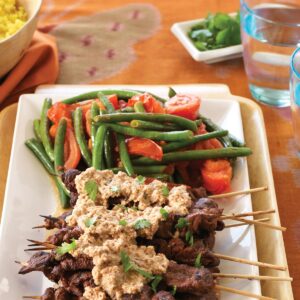 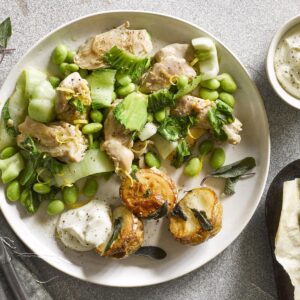