Is all processed food evil? 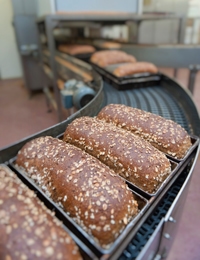 What do you look at first on a food label? Is it the claims on the front? Is it the ingredients? Is it the nutrition? What is the most important thing to look out for?

It’s a question that’s never been easy to answer (and ask three different people and you’ll probably get three different answers). It will usually depend on what’s important to you. If you’re a food-allergy sufferer, you’ll be looking for foods without the troublesome allergen. If you’re gluten free, you’ll need to check for that. For some people, the ingredients list will be the most important thing, with fewer, more recognisable ingredients being the preference. And a lot of people these days are honing in on the sugar content in foods, reflecting a desire to eat less of the sweet stuff.

At this point some people will say well, if you don’t eat things that come in packets, you don’t have these dilemmas. Which, of course, is true, to a point. But while I think rules about eating such as “only eat from the outside aisles in the supermarket” and “don’t eat anything your grandmother wouldn’t recognise” sound great, in reality they are not really that helpful.

Of course it is ideal to eat as much real, whole food as possible (and the less highly processed food the better). But I don’t automatically think that anything ‘processed’ is evil. Freezing is processing, don’t forget, and so is canning. Frozen veges are a boon in winter when the fresh seasonal vege selection is limited, and I would not be without canned tomatoes and lentils as bases for quick and healthy meals. My grandmother, incidentally, would probably not have recognised a canned lentil, let alone used it. But that doesn’t mean it’s not great, healthy food.

Additives – things that are added to our packaged food – can cause a lot of anxiety. All those code numbers and complicated-sounding ingredients can be off-putting because they’re unfamiliar – they don’t sound like things we put in our food at home. Sometimes they’re not, of course – we don’t typically add colourings or flavour enhancers when we’re knocking up dinner. On the other hand, sometimes things are not as sinister as they seem. ‘Raising agent’ is probably just baking powder. ‘Preservatives’ can be as simple as salt or vitamin C, but when they’re expressed as E numbers they don’t sound simple.

But additives do not necessarily equal unhealthy – and lack of additives does not necessarily equal more healthy. Excess saturated fat, salt and sugar are just as likely to be found in ‘natural’ products which trumpet ‘no preservatives’ on their packaging, as they are in highly processed products chock full of E numbers. As always, we can’t look at one aspect of a food in isolation – and let’s make sure we focus on the right things.

I don’t actually believe the food industry is in a big conspiracy to make us unhealthy with its science-lab ingredients. My feeling is, if I want to eat food that is conveniently available, doesn’t go off in a couple of days and isn’t going to make me sick, I have to accept a certain level of additives in that food. Yes, fresh is definitely best, and we can make a lot of things from scratch ourselves. That’s a great way to make sure we know what’s in our food. But we don’t all have the time, skills or inclination to do that. I don’t want to give up my canned tomatoes, wholegrain bread or chilli sauce. I know how to make those things myself, but sometimes I don’t want to spend all my free time cooking. So the key to me is balance. I’m less worried about the preservative in my bread, than I am about choosing one that has a good amount of fibre and whole grains and a smaller amount of salt, which is arguably the most potentially harmful additive to health, and which also happens to be completely natural. 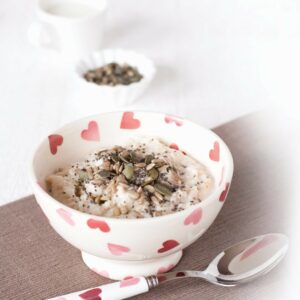 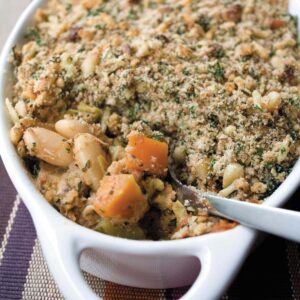 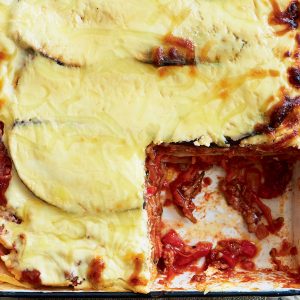