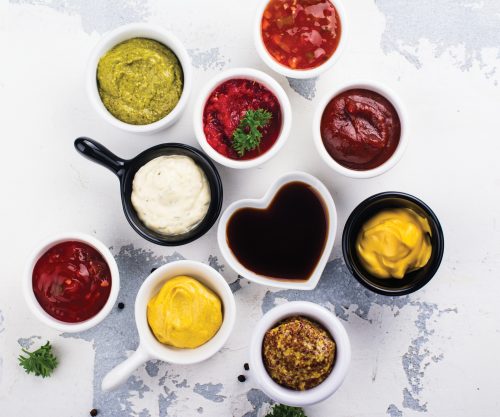 Emulsifiers have been getting a bad rap lately, but have been around a long time. HFG senior nutritionist Rose Carr looks at the science behind this common food additive.

Did you know, when we make a vinaigrette using a whisk to add the oil to the vinegar, we’re emulsifying the two liquids? Despite being a wonderful combo, this emulsion is not stable. The oil and vinegar chemically repel each other and will separate again if we leave them for long enough. Which is why we aim to make vinaigrette not too long before serving it.

In a homemade mayonnaise, the emulsion is more stable as the lecithin from the egg yolk acts as an emulsifier to help suspend the vegetable oil and the lemon juice.

Other common ingredients that can act as emulsifiers in the kitchen include tomato paste, mustard powder and miso.

Emulsifiers are used extensively in food manufacturing. Think of an emulsifier as a ‘hand-holder’ between the oil and water mix. Chemically, an emulsifier has one end compatible with oil and the other compatible with water, so it can link with both. This makes it easier to prepare an emulsion. Some emulsifiers will also stabilise, so the emulsion doesn’t separate over time. In some foods, you’ll see stabilisers added as well in order to maintain the emulsion.

Many common manufactured foods contain emulsifiers. They not only stabilise an oil-water blend but also affect the texture of our foods. In ice cream, for example, emulsifiers enhance the smooth creamy texture as well as slowing down the melting process.

How to recognise emulsifiers in your food?

The Food Code states that all food ingredients, including additives, must be listed on food labels. The function of the additive must be listed, along with its name or code number, so you will see, for example, emulsifier (soy lecithin) or emulsifier (322). Esters of monoglycerides of fatty acids (472a-f)

Mono- and diglycerides of fatty acids (471)
Made from glycerol and natural fats, which can be from vegetable or animal sources.

Esters of monoglycerides of fatty acids (472a-f)
Made from natural fats, glycerol and an organic acid such as citric or tartaric acid. The fats are often vegetable fats but may be animal fats. Some common emulsifiers

There are many more. Look for ‘emulsifier’ in the ingredients list.

Why the bad press for emulsifiers?

Inflammation in the gut

In 2015, researchers from Atlanta published a study in Nature supporting their theory that emulsifiers used in food processing could be promoting inflammatory diseases.

The researchers stated the amount of emulsifier in the mouse diets was at doses aimed to model the broad consumption of emulsifiers found in many processed foods.

Other scientists have described the concentrations of emulsifiers consumed by the mice as greater than the average daily human intake. So, let’s assume it might be on the high side. Especially if we don’t eat as much processed food as an average American.

Anyway, the researchers found these emulsifiers changed the makeup of microbiota in the guts of the mice. This change meant bacteria could now enter and damage the intestinal barrier, a dense mucus layer lining the intestine that is normally able to stop bacteria from passing into the bloodstream. The changed microbiota also meant production of more inflammatory molecules.

So, all-up, these changes encouraged inflammation by the immune system in the mice.

Made from seaweed, these emulsifiers have been the subject of debate for a number of years. In 2018, the European Commission re-evaluated their use, looking at toxicology tests and other studies in rats.

They found no concerns around carcinogenicity or genotoxicity, however they did note a lack of some other data.

A few studies have linked carrageenan with impaired glucose tolerance in mice and inflammatory responses in both mice and human tissue. A 2018 article highlights the knowledge gaps on these emulsifiers as a) a lack of information on how much people are actually getting in their diets, b) uncertainty about their effect on the microbiome and inflammation and c) a lack of knowledge around differences in these effects with susceptible groups, such as older people or those with irritable bowel disease (IBD).

In short, while these have been tested on rats, so we can make a good estimate of what amount won’t be toxic to us, we really don’t have much direct information about how they might affect people, and questions have been raised from the studies that have been done.

In the Atlanta study, one group of mice were genetically prone to colitis, an IBD, and their exposure to the emulsifiers triggered chronic colitis. But even the normal mice with regular immune systems were affected by the emulsifiers.

The scientists also reported that removing the emulsifiers from their diet reversed most of the effects in the mice.

Further studies by the Atlanta group also supported the concept that changes to the microbiota of mice, induced by consumption of the two emulsifiers resulting in chronic inflammation, could also lead to the development of colorectal cancer (CRC). That is not to say they saw the development of CRC, but they could see a pathway to its development. So, it’s plausible, in mice, but not yet shown.

What does this mean for us?

In humans, a rough correlation between consumption of emulsifiers and Crohn’s disease (an IBD) in many countries has been shown, but this is thin evidence for the role of emulsifiers. Processed foods with emulsifiers may also be high in fat and sugars and there is stronger evidence for overall dietary patterns associated with IBD. The so-called ‘typical Western diet’ – high in sugars, fats, animal protein and processed foods and low in plant-based foods – is more strongly associated with IBD. It’s also associated with low-grade inflammation, which is involved in numerous common diseases such as cardiovascular disease, macular degeneration and Alzheimer’s.

It’s not possible to take research on mice and conclude that emulsifiers will have the same effect in humans. However, it is possible to hypothesise that, at a certain level in the diet, emulsifiers could detrimentally affect us and be especially bad for people genetically predisposed to IBDs. And then we’d need to test the hypothesis.

The reason mice are used in research studies is they often give a good pointer to how things will work for us. But it doesn’t always work out that way. Lab studies with mice need to be seen for what they are: a starting point. It’s worth noting while humans have been consuming natural emulsifiers in food preparations for thousands of years, mice haven’t. They’re not part of a mouse’s normal diet.

An earlier lab study using tissue from people with Crohn’s disease does support the theory of a detrimental role for emulsifier polysorbate-80 (433) in people with IBD. The study showed this emulsifier, one used in the Atlanta mice studies, promoted the movement of E coli bacteria across relevant cells. This effect was only seen in tissue from the people with an IBD.

Scientists will no doubt do more to investigate the link between human gut health, inflammatory diseases and consumption of different emulsifiers. In the meantime, if we want to reduce our albeit undefined risk, the simplest way is to limit our consumption of processed foods. You’ll notice that’s completely in line with the advice we normally receive about consuming a healthy diet.

If we put our focus on consuming a plant-based diet, which doesn’t mean eliminating everything else, there’s less room for those processed foods with their long lists of ingredients we don’t recognise. We’ll also cut down on energy-dense foods and favour nutrient-dense foods. And we can still enjoy the odd ice cream! 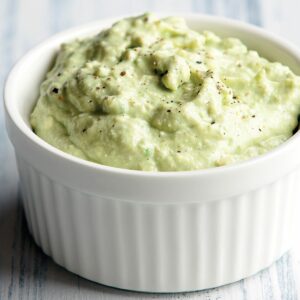 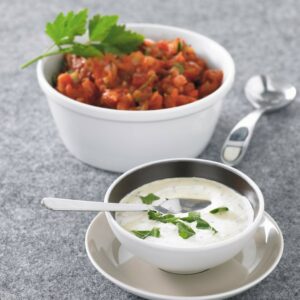 Steak with Dijon and tarragon sauce 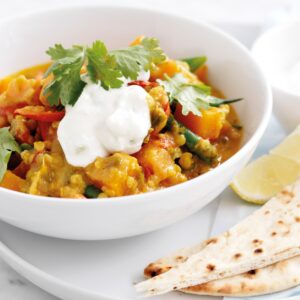