Five rules for a plant-based diet 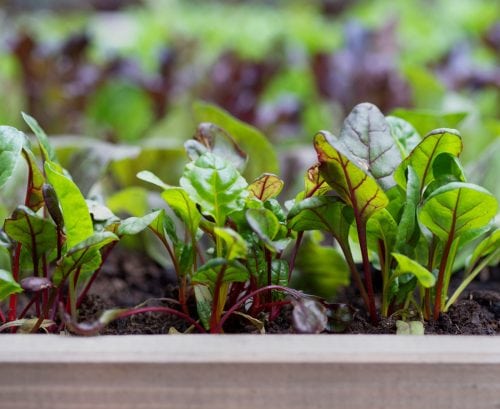 ‘Plant-based’ might not mean what you think it does. If the idea of a plant-based diet feels too hard or too restrictive for you, read on, because it’s actually very simple.

You can’t turn around these days without hearing the term ‘plant-based’. It’s the new buzzword to describe everything from non-meat burgers to protein powder. It’s been adopted by the vegan community to describe their way of eating. And it’s been taken up by many an opportunistic manufacturer in a bid to cash in on the trend (sausage with ‘20 per cent plant-based ingredients’, anyone?)

But plant-based, as a term applied to diet, is one that’s been around a long time, and it’s widely acknowledged to be a heathy pattern of eating.

What the science says: Health

It’s long been established in nutrition science that eating lots of plants is a good thing for our health. As we recently reported (How to be plant-powered) a plant-based, Mediterranean-style diet has been shown to lower our risk for heart disease, diabetes, cancer and obesity. And it has been suggested eating 30 or more different plants per week boosts the diversity of our gut bacteria.

In a 2014 review, Can we say what diet is best for health?, the authors analysed six different diets: low carb, low-fat vegetarian, low GI, Mediterranean, ‘mixed/ balanced’, paleo and vegan.

Although all are different ways of eating, the researchers concluded that they shared many of the same properties — and their benefits. Some commonalities were limited refined and processed starches, limited added sugars, limited certain fats, and emphasis on whole plant foods. This applied to all the diets, “with or without lean meats, fish, poultry and seafood”.

A phrase coined by writer Michael Pollan back in 2006 fits this bill, “food, not too much, mostly plants”.

The message that a plant-based diet doesn’t have to be a plant-only diet is echoed by many public health bodies. The Heart Foundation and the Cancer Society both recommend diets full of plant foods for health benefits. Both express caution when it comes to animal products, especially processed and red meat, but neither bans those foods. The Ministry of Health guidelines are the same. For health, we don’t have to be plant-only, we just have to eat lots of plants.

What the science says: Sustainability

Recent large reports, including those from the United Nations Intergovernmental Panel on Climate Change and another published in October in the journal Nature, emphasise that moving to a more plant-based diet and eating less meat is one aspect of what’s needed, on a global scale, for the health and long-term survival of the planet (and obviously the people on it).

We think that plant-based is the best way to eat — it’s what we’ve been talking about for years. That’s because the production of animal protein, again, looking globally, is inefficient, using large amounts of precious land and water, and all those animals generate lots of methane.

Earlier this year, the large EAT-Lancet report was published in the Lancet. This controversial report presented a ‘planetary health’ diet, one which allows us to feed 10 billion people by 2050 with both human health and sustainability in mind.

The EAT-Lancet report set a very low target for red meat intake, just 14 grams a day. Other animal foods were also heavily restricted. It wasn’t quite recommending a vegan diet — but almost.

Here in New Zealand, our meat and dairy producers say they’re doing a better job than other countries of producing animal protein more sustainably, and they’re working hard at doing it even better. But it’s clear that even here, we’re helping our environment by not relying too heavily on animal foods.

So how should we eat?

At HFG we think that plant-based is the best way to eat – it’s what we’ve been talking about for years. But we don’t advocate plant-based eating to be plant-only. It certainly can be, and we know that well-planned vegan or vegetarian diets are two of the plant-based ways we can eat that certainly can be healthy.
But you can also have a diet based on plants that includes animal products in moderate amounts. Here are some easy rules to guide you.

Rules for a plant-based diet

Whether you eat meat, fish, dairy or none of the above, the most important part of the diet is the plants. Think about the plant component of your meals first. If we’re used to basing our meals on a protein — say chicken or steak — it can take a bit of a mind shift to start with the vegetables. But, after a while, you’ll find it becomes second nature, and you might just find your meals become more interesting as a result.

Think of meat as a garnish

If you eat meat, don’t think of it as the main component of your meal. We know a healthy plate is at least half colourful vegetables, a quarter carbohydrate food and a quarter protein. Think of that protein last, as a finishing touch to a meal, not the main event.

Steer clear of the ultra-processed

Whether you eat animal foods or not, we know processed foods, particularly those that have come to be known as ultra-processed, are not our friends. Think foods that are highly refined, sugary, salty and fatty, and usually a combination of these. It’s perfectly possible to find vegan and vegetarian foods that fit this mould, too, so beware. Just because you see ‘vegan’ on the label, doesn’t mean something is a health food. Stick to mostly whole foods, whatever your style of eating, to be a heathy plant-based eater.

Think variety as well as volume

Eating lots of plants is one thing, but it’s equally as important to eat lots of different plants. The more variety we have in our plant-based diets, the more chance we have of getting all the protective benefits this style of eating offers, from the vitamins and minerals we need, to the gut-friendly fibre. Don’t think of plants as just vegetables and fruits, remember the whole grains and legumes too, along with the wonderful world of nuts and seeds. For more inspiration on how to pack your week with 30-plus plants, click here.

While the category of plant-based protein is exploding in popularity, we think there are very few of these that are truly healthy, at the moment. In fact, some are rightly described as ultra-processed foods. If you can, limit the faux-meat protein substitutes and base your meals on whole protein sources instead: in the vegetable world that’s legumes, pulses, nuts, seeds and whole grains. It can also mean small portions of red meat, chicken, fish, eggs or dairy. 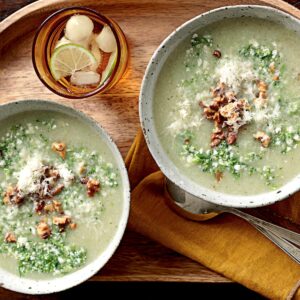 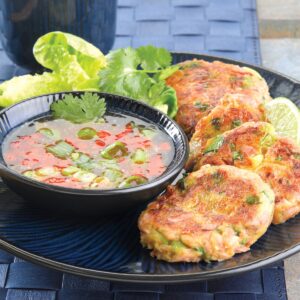 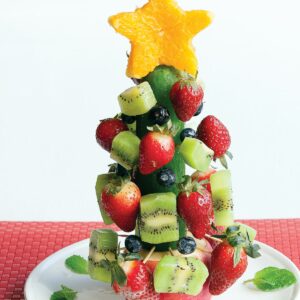