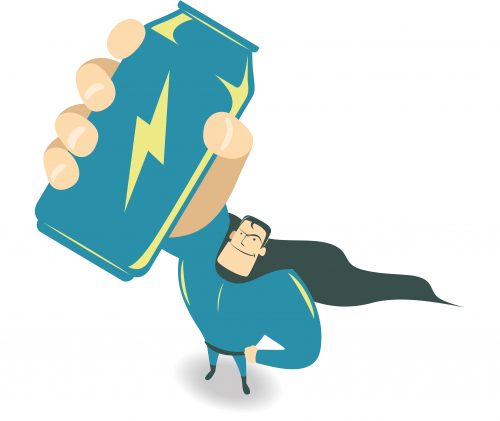 “Would you give your children 12 teaspoons of sugar and two espressos?” That’s the question Jamie Oliver recently asked in a tweet, as part of his campaign to regulate the sale of energy drinks in the UK.

Here in New Zealand, a top heart surgeon is calling for the same thing. Cardiologist Harvey White says energy drinks are more harmful than most people realise, and was recently reported in the media calling for their sale to be restricted to people over 16. Other health experts agree; Otago University professor Jim Mann and AUT professor Elaine Rush also support regulation.

Professor Mann says the drinks are no good for children or adults. “They really serve no useful purpose for anyone”, he told Radio Live. He pointed out that some energy drinks have more sugar than standard sugary fizzy drinks, as well as containing caffeine.

It’s hard to disagree with the call to get these drinks out of the hands of children, at the very least. Energy drinks can cause health problems – and not only for kids. Dr White reports people regularly showing up at hospital with racing hearts and chest pain as a result of drinking energy drinks, especially when combined with alcohol. Recent Canadian research found more than 55 per cent of energy drink users experienced health problems, including nausea, fast heartbeat, insomnia, vomiting and headaches. There were also instances of seizures.

If any other food caused these issues, there’d be an outcry. We’d have restrictions on it, just as we do with alcohol and cigarettes.

It’s distressing that teenagers, in particular, are drawn to energy drinks. They’re arguably one of the age groups who really don’t need extra energy, in the sense of a pick-me-up, being full of youthful vitality already. I can’t see the appeal of the taste, either.

So energy drinks have, then, been a triumph of marketing. They have a cool image; the branding is designed to appeal to teens, particularly teen boys. They have cool, rebellious-sounding names such as Monster and Demon. They’re in black cans with masculine graphics. NOS ‘liquid energy’ branding is vaguely drug-like. The website copy says: “NOS is like taking your old mans [sic] Audi, lowering it on a mean set of 22’s, ripping off the exhaust and jacking it up with a mean as Nitrous Oxide System… make that a freakin fighter jet Nitrous Oxide System!” A 500ml serve of the High Octane variety contains 56 grams of sugar (that’s over 11 teaspoons) and 130mg caffeine, which is about the same as a shot of espresso. Demon Hell Fire energy drink is similar, containing 12 teaspoons of sugar and 160mg caffeine. It’s easy to see how this is, as advertised, ‘not for the faint-hearted’.

In the future, I am sure we’ll look back on this moment in time and marvel at how drinks like this could have been sold freely to kids. Let’s not leave it too long until that day arrives. 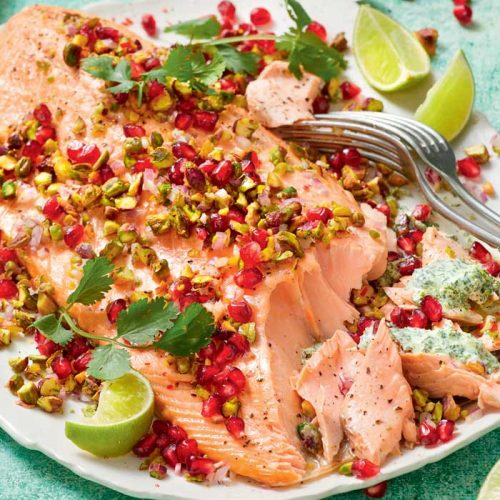 Baked salmon with pistachio and pomegranate 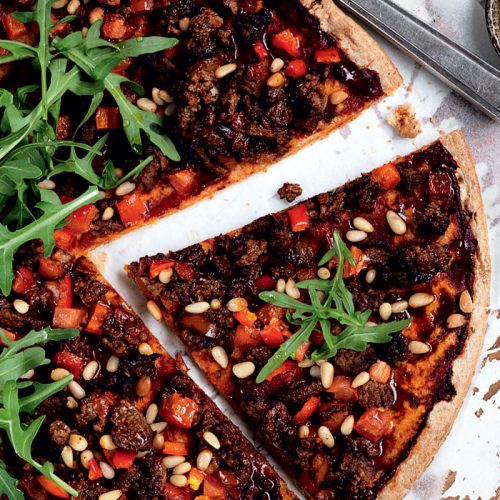 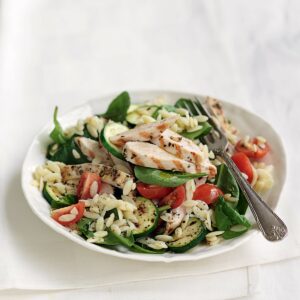