Do supplements work? Science vs claims 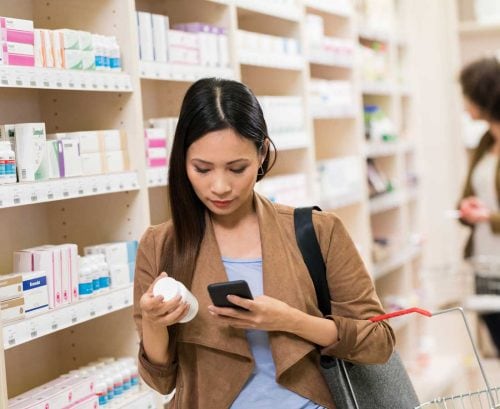 From fish oil for heart health to calcium for strong bones, it seems there’s a supplement for everything. But do they really work? HFG puts supplements under the microscope.

Many of us are big fans of supplements. The global dietary supplements market is projected to surpass US$290.9 billion by 2027. And it’s not just the popular multivitamins we’re popping either. Some tailored pills out there now claim to benefit everything from the gut and the immune system, right through to the severity of menopausal symptoms. And they’re all available over the chemist’s counter.

But just because you can buy supplements with no prescription, should you? Do they actually work? Are risks involved? If you don’t take a supplement, then what? Here’s everything you need to know.

Your health goal: To improve your gut health

Whether taking a probiotic supplement to boost your gut health will actually work is something of a lottery. According to 2018 study, many people get zero benefit from them because their digestive tracts simply prevent standard probiotics from successfully colonising them.

It’s also worth noting that while probiotics have been proven to benefit a few health conditions, including antibiotic-associated diarrhoea, irritable bowel syndrome (IBS) and even hay fever, a positive result not only relies on taking a specific strain of probiotic, but often much higher doses than those that are generally available off the shelf. As a result, the CSIRO classifies evidence to support the role of probiotic supplements in gut health as ‘limited’.

Prebiotics help encourage the growth and healthy activity of beneficial, or probiotic, bacteria that already live inside your large intestine.

Prebiotics are fibres, but the fibre has to pass through your small intestine intact so that it can survive to feed good gut bugs.

Your health goal: To strengthen your bones

Unless you have been diagnosed with below-par bone health and your doctor has recommended taking a calcium supplement, there is likely to be no point in taking one — and there may even be some health risks involved.

A recent review published in the Medical Journal of Australia says ‘calcium supplements have very little place in modern medical practice’. Likewise, a 2020 study found that while calcium supplements may prevent some bone mineral density loss for certain women, they don’t lower the risk of experiencing a bone fracture during the ‘menopause transition’.

The bottom line? If your doctor has recommended a calcium supplement and the dose is 500–600mg a day, keep taking it as directed. But it’s important that you don’t self-prescribe a supplement without talking to your doctor first.

Milk, yoghurt and cheese should do the calcium trick.

A 2018 study showed that a higher intake of calcium-rich dairy products can reduce osteoporosis risk in women post-menopause. So aim for two-to-three serves of dairy each day, increasing to four serves after you turn 51.

A Mediterranean diet rich in fruit, vegetables, nuts, grains, olive oil and fish may also help. As well as protecting against ‘frailty’, a 2018 study shows it’s an eating pattern that helps reduce bone loss in people with osteoporosis within just 12 months. And even more encouraging is a 2019 study which found sticking to a Med diet reduces the risk of a bone fracture for women, whether they have osteoporosis or not.

So it looks like the Med diet can potentially enhance bone formation, as well as inhibit the breakdown and the absorption of the minerals inside the bone that contribute to osteoporosis.

Your health goal: To support your heart health

It’s complicated — especially when it concerns the possible heart-health value of an omega-3 or fish oil supplement. While a major 2018 review found that an omega-3 supplement neither helped nor harmed the heart health of people with or without heart disease, a meta-analysis published one year later found that taking a supplement did lower the risk of having a heart attack or dying as a result of coronary heart disease.

The Heart Foundation’s current recommendations for omega-3 supplements suggest that while they may be useful for people with high triglyceride levels, and as an additional treatment for heart failure, their use ‘across the board’ for heart health isn’t warranted.

It’s a similar story for CoQ10. Results of research into its effectiveness in preventing cardiovascular disease are mixed, but it may be of value for people already being treated for the disease.

You can switch to a predominantly plant-based diet, and go slow on refined grains, sweetened drinks — including juices — sweets and potatoes. Doing both together can reduce the risk of developing heart disease by as much as one quarter, according to a recently released study.

But don’t ditch the fish. Even though research is mixed about the role that fish oil supplements might play in heart health, fish still gets a big tick. Large studies have linked eating more fish to a lower risk of experiencing heart attack, with some experts suspecting it may be something other than fish oil that’s delivering the protective effect. The Heart Foundation still recommends eating two-to-three serves of fish per week as part of a heart-healthy diet.

More research is still needed to understand how effective alternative medicine products might be in managing symptoms of menopause. For example, black cohosh is the most extensively researched ‘menopause’ herb. Some studies report that it is effective in relieving hot flushes, which 80 per cent of women experience during menopause. Yet there are other studies that say the opposite.

Wild yam, evening primrose oil and the traditional Chinese herb dong quai have not proved effective, according to Jean Hailes for Women’s Health. On the other hand, St John’s wort may be of some use.

A Mediterranean-inspired diet can help here, too, reducing the risk of hot flushes by about 20 per cent, according to Australian research. It is also worth putting more soy-based foods on your plate. These contain phytoestrogens, plant compounds that can mimic oestrogen. A 2018 study found women taking 50mg of a type of phytoestrogen called isoflavone reported they experienced a significant reduction in hot flushes.

According to an earlier study, soy’s benefits may only work for around one-third of women, but it’s worth seeing if you’re one of them. Half a cup of miso and 85g of tempeh both contain around 50mg of isoflavones; 85g of soft tofu contains 19mg; half a cup of edamame has 16mg; and half a cup of soy yoghurt around 21mg.

Widely used joint-pain supplements are probably fairly ineffective. These include glucosamine, which made headlines earlier this year after a study linked it to hundreds of allergic reactions.

While some research now suggests people with hand, hip or knee osteoarthritis may experience short-term pain relief and improved function, this doesn’t tend to translate to long-term benefits.

On the topic of glucosamine, both the Australian Rheumatology Association and Arthritis Australia have advised people with shellfish allergy not to take glucosamine, adding that there is also now a growing body of evidence that it does not benefit people with osteoarthritis.

The same soy-based foods that may offer some relief against menopause symptoms might also help here, with research showing soy protein can ease osteoarthritis symptoms. And bump up your broccoli intake while you’re at it! It’s particularly rich in sulforaphane, a natural plant compound that’s shown good lab potential in slowing the destruction of cartilage in the joints — a key step in the development of osteoarthritis.

Your health goal: To boost your immune system

Although some of the popular immune-boosting supplements may shorten the duration of a cold or flu, studies involving humans show most won’t prevent you from catching something.

The jury is still out on zinc, for example. It had previously been proven to shorten colds provided it was taken soon after symptoms developed — but a 2020 study concluded the exact opposite!

An exception may be ginseng. A study in 2011 found that it reduces the severity and incidence of the common cold — findings that were backed up in a new review published just a few months ago.

Although specific foods have been identified as immune-boosting superstars, including shiitake mushrooms, Brazil nuts and blueberries, simply eating enough fruit and veg may deliver a modest reduction in your risk of catching a cold. Strive to eat two serves of fruit and at least five serves of vegetables each day. Research suggests women who eat at least eight serves of fruit and veg a day enjoy the most protection. 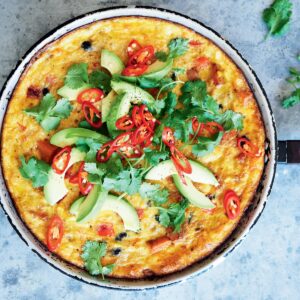 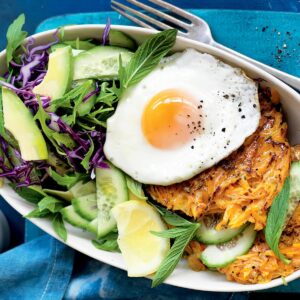 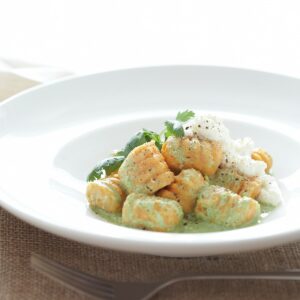