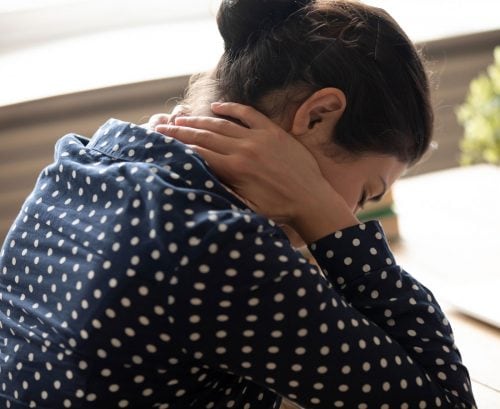 Fybromyalgia is a condition that affects the way pain signals are processed and can be debilitating for those who have it.  Healthy Food Guide takes a look at what fibromyalgia is, who it affects and what helps with managing the pain.

It’s estimated 1 in 20 people worldwide are affected by fibromyalgia, with women seven times as likely to be affected as men. It’s most likely to strike between the ages of 20 and 50.

Symptoms include increased sensitivity to pain, plus fatigue, muscle stiffness, difficulty sleeping, cognitive and memory problems, headaches and Irritable Bowel Syndrome (IBS), as well as pins and needles, a burning sensation on the skin, leg cramps, restless legs, tingling and depression. Pain can be experienced all over the body or in specific areas, and these can change.

The condition is now recognised as a malfunction of the pain threshold system. It’s thought that a fault develops in the way pain signals are processed, although what triggers this is still unclear.

‘And it’s not just touch that’s affected. Sufferers may not be able to tolerate bright light or loud noise or heat, for instance. Because of this, they tend to withdraw, causing isolation.

‘Fibromyalgia is often seen as the result of some sort of stressful event, such as surgery, an accident or a big emotional trauma such as divorce, workplace bullying or bereavement,’ Rod adds.

‘Often, there’s been a flashpoint of stress, and sufferers may have a history of migraines or IBS-type symptoms.

‘The image I use is of a bucket of stress in the body that can be filled up and emptied. If that bucket doesn’t get emptied, it can spill its contents into the body and trigger either an acute stress-induced illness such as a peptic ulcer or heart attack, or a more chronic condition such as fibromyalgia.’

As fibromyalgia (or fibro) tends to run in families, it’s believed to have a genetic element, although no specific gene has yet been identified. Other possible causes include sleep problems and low levels of the hormones serotonin, noradrenaline and dopamine in the brain, which play a role in processing pain signals. But there may be no obvious trigger.

As so many symptoms overlap with other conditions and there are no definitive diagnostic tests, it can take some time – several years, in some cases – to get a diagnosis.

‘Although fibromyalgia is now more widely recognised, there are still some clinicians who don’t believe it exists. Others, who accept it’s a real illness, believe there’s nothing that can be done about it and patients should just “man up” and get on with it.

‘But this isn’t the case at all. Functional MRI tests have now shown that areas of the brain responsible for pain perception are more active in those with fibro than in control groups, suggesting there’s a clinical basis for the pain.

‘And there are therapies that can help. The main challenge is persuading the patient they can get better and that there are positive things they can do to manage their condition. It’s just not the case that’s there is no hope,’ says Rod.

Hazel Borland, spokesperson for the UK’s largest fibro charity, Fibromyalgia Action UK, says whether patients get to see a sympathetic doctor or not comes down to their postcode. ‘Lots of patients tell us their symptoms are dismissed or they’re told they’re depressed. Although that may be true, they’re often depressed because of their fibro symptoms! Patients also report being passed from pillar to post between GPs and specialists, and there are only a handful of specialist fibro clinics.

‘The impact of fibromyalgia is underestimated, too,’ adds Hazel. ‘If people feel unsupported, this can lead to depression and isolation and even suicide.

She recommends seeking a second opinion or asking for a referral to a centre that specialises in fibromyalgia. Depending on where you are in the world, you may have access to multi-disciplinary fibromyalgia clinics run by a team of specialists.

How is it diagnosed?

Rod stresses that diagnostic techniques for fibromyalgia are far from perfect. ‘It’s very much a clinical diagnosis based on taking a full medical history. There isn’t really a definitive test that can give you a yes or no answer.’

Doctors often use these criteria:

Doctors can assess the extent of your pain by applying gentle pressure to areas where any pain is likely to be at its worst – although this test is less commonly used now.

They may also run blood, urine or imaging tests to rule out other conditions with similar symptoms, including lupus, chronic fatigue syndrome, rheumatoid arthritis and multiple sclerosis.

What are the treatment options?

‘This will depend very much on the individual,’ says Rod. ‘I will usually explain the theory about oversensitisation to pain and talk about the reasons why this might have happened.

‘The aim is to make patients realise that they don’t have to have fibromyalgia for ever. They can get better by using self-management techniques such as graded exercise, psychotherapy or CBT, if appropriate, and making changes to their diet. It’s all about telling patients that they do have power over their condition.

‘There are also drugs that can help, such as the antidepressant amitriptyline, which can be prescribed for pain, and drugs for neuropathic pain, such as gabapentin and pregabalin.’

10 ways to ease your fibromyalgia symptoms

Self-help techniques can have real benefits, and fibromyalgia often responds best to a combination of therapies. Try these tactics:

There’s evidence that simply learning more about fibromyalgia and being reassured that it’s not all in your head can take away some of the fear and anxiety about it. Join an online or Facebook group; charities such as the Fibromyalgia Action UK (fmauk.org), Fibromyalgia NZ (fibromyalgia.org.nz/) and Fybromyalgia Australia (fibromyalgiaaustralia.org.au/) organise a network of local support groups.

It may seem counter-intuitive to exercise when you’re aching all over, but there’s lots of evidence that it can ease symptoms. What’s more, if you don’t exercise you may develop secondary muscle weakness. Research has shown that aerobic exercise, which increases the circulation of oxygen in the blood and gets your heart beating faster, improves fitness along with pain and fatigue, but resistance exercise such as weight training can be beneficial, too. Tai chi and yoga have both been proved to help improve pain.

The charity Arthritis Research UK recommends swimming, walking and cycling, but says it’s important to increase your exercise at a rate you can cope with – pace yourself so you don’t overdo it. It explains that although pain may be worse at first, eventually you will be able to increase muscle strength and stamina.

If paracetamol on its own doesn’t help, co-codamol (a combination of paracetamol and codeine) may give relief. Alternatively, your GP may prescribe a low dose of the tricyclic antidepressant amitriptyline to reduce pain and help you sleep. Other options include the prescription drugs pregabalin or gabapentin, which are used to treat nerve pain.

‘I view painkillers and antidepressants as a useful short-term treatment for an acute flare-up,’ says consultant rheumatologist Rod Hughes.

‘Antidepressant drugs aim to desensitise you to pain, but they tend to dull all sensation and exacerbate tiredness, fatigue and depression. Opioids, such as codeine-based painkillers, carry the risk of developing tolerance and addiction.’

Sometimes – though not in every case – it’s helpful for patients to have psychotherapy to explore any traumatic life events and the impact these may have had,’ says Rod.

5. Change the way you think about pain

Cognitive Behavioural Therapy (CBT) is effective in enhancing a patient’s belief in their own abilities and developing tools to deal with health problems. Patients learn relaxation, how to moderate or pace daily activities to help them manage their pain better or even to develop different attitudes towards their pain and so lessen its effect.

A Cochrane Collaboration Review of 23 studies involving 2,031 patents found that, after 12 weeks of CBT, those of all ages felt it slightly reduced their pain, negative mood and disability, both at the end of treatment and six months later.

There’s no evidence for a specific ‘fibro diet’ to help the condition, but it makes sense to follow basic healthy eating principles.

‘I advise people to go easy on sugar, gluten and polyunsaturated fats to see if this makes any difference to their symptoms,’ says Rod.

A 2010 study by the University of Utah found that symptoms were worse in obese patients. They said obesity was related to greater pain sensitivity in an examination of tender points, particularly in the lower body areas, along with reduced physical strength and lower-body flexibility, short sleep duration and greater restlessness during sleep. The authors concluded that weight management may help alleviate symptoms.

Cannabis has been used therapeutically by both MS and cancer patients, and it’s known to help with relaxation and pain control, says Rod.  In some places in the world medical cannabis is now available on prescription.

9. Find out about compassion-based meditation

Meditation exercises can be used to focus on cultivating a recognition and understanding of the universality of suffering, making an emotional connection with others’ suffering, and motivating yourself to act to alleviate suffering.

A study comparing attachment-based compassion therapy (ABCT) with relaxation techniques for treating fibromyalgia was assessed by researchers from the University of Derby. ABCT workshops teach mindfulness and compassion, how to give and receive compassion, an understanding of how parent/child relationships emerged in childhood and strategies for resolving problems.

Participants in the compassion therapy group demonstrated significant improvements across a range of psychological outcomes and reduced their fibro symptoms by 36 per cent overall compared with the relaxation control group.

‘Following the study, most participants in the ABCT group showed significant improvements and some no longer met the diagnostic criteria for fibromyalgia,’ says Dr William Van Gordon, a lecturer in psychology at University of Derby Online Learning.

10. Ask for a referral to a specialist pain clinic or fibro clinic

A consultant rheumatologist can refer you on to a pain clinic where you will be taught various techniques for managing your pain. Depending on where you are in the world, you may have access to specialist fibromyalgia clinics that use a multi-disciplinary team approach, with psychologists, rheumatologists and neurologists working together to help patients. 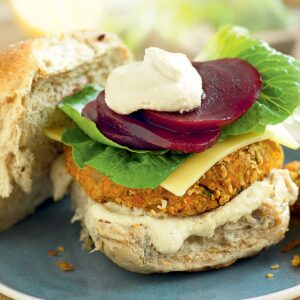 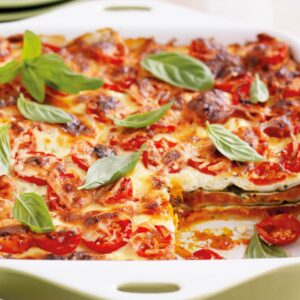 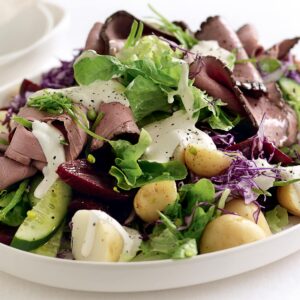