Easy ways to get more iron 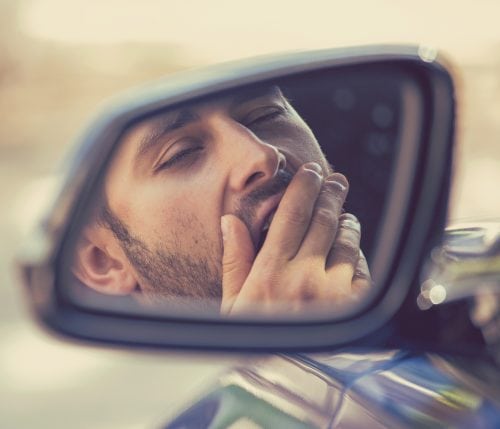 Too little of this essential mineral can leave you feeling tired, stressed and moody, and sabotage your sex drive. But good news: it’s easy to boost your intake with a few diet swaps.

If you’re too tired for passion and prefer to snuggle up with a box set, or if you find just getting through the day is an effort, it’s time to check your iron levels.

Exhaustion is a telltale sign of iron deficiency. That’s because iron is vital for making haemoglobin, which carries around your body the oxygen every organ needs to stay energised.

When everyday tasks exhaust you, getting frisky is going to be the last thing on your mind. This is where diet can help. Meat is a prime source of iron, but there are other sources too, such as fortified breakfast cereals, Marmite and cashew nuts. So, whether you want to put a spring back in your step or the va-va-voom back in the bedroom, we’ve got the know-how and the menu swaps to help you boost your iron intake.

Effects of too little iron

Feeling low and run down?

As mentioned, iron has a crucial role in helping haemoglobin – the red pigment in our blood – carry oxygen to every cell in our body. This is why too little iron can impact both our physical and emotional well-being, leaving us feeling run down and low. Work becomes more difficult, with reduced concentration and focus. We also become more susceptible to stress and mood swings.

Ten per cent of all women in New Zealand, compared with only one per cent of men, have iron intakes lower than recommended. While full-blown iron-deficiency anaemia affects only six per cent of women aged 31-50, sub-clinical deficiency (where you feel worn out but aren’t yet showing clinical signs of deficiency) is more widespread.

Thirty-four per cent of NZ girls aged 15-18, compared with five per cent of boys, have a very low intake. When kids grow quickly they need more iron.

With such a high proportion of this group not meeting the recommended intake, it’s easy to see how iron deficiency can present a problem in adolescence, affecting energy levels and concentration.

Iron from animal sources (haem iron) is better absorbed than that from plant sources (non-haem iron), which is why including meat (especially red meat) in your diet is beneficial. But plant-based sources of non-haem iron actually make up the majority of our dietary intake. These include whole grains, vegetables, fruits, pulses, hummus and nuts.

Is there anything that reduces absorption?

The tannins in tea and coffee inhibit non-haem iron absorption, so if you drink a cuppa with your iron-fortified breakfast cereal, you won’t be getting the full benefit. Wait half an hour before having your tea or coffee to allow the iron to be absorbed first. Whole grains are a good source of iron, but they also contain phytic acid which can stop the body using the iron effectively.

How to aid absorption

Eating a food containing vitamin C (including many fruits and vegetables) alongside an iron-rich meal means your body will absorb more iron. So, pile your plate with veges – especially red, yellow and orange capsicums, tomatoes, cabbage and broccoli – to maximise your intake. And have a kiwifruit or orange slices with your cereal.

Easy swaps to get more iron in your day

Great ways to get your daily iron 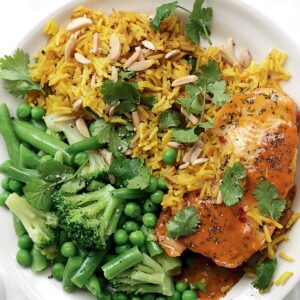 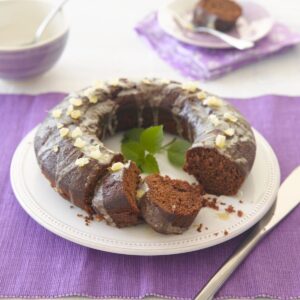 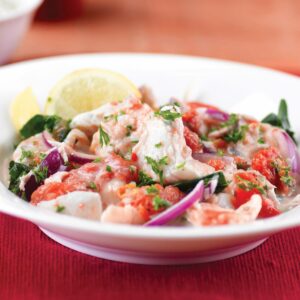